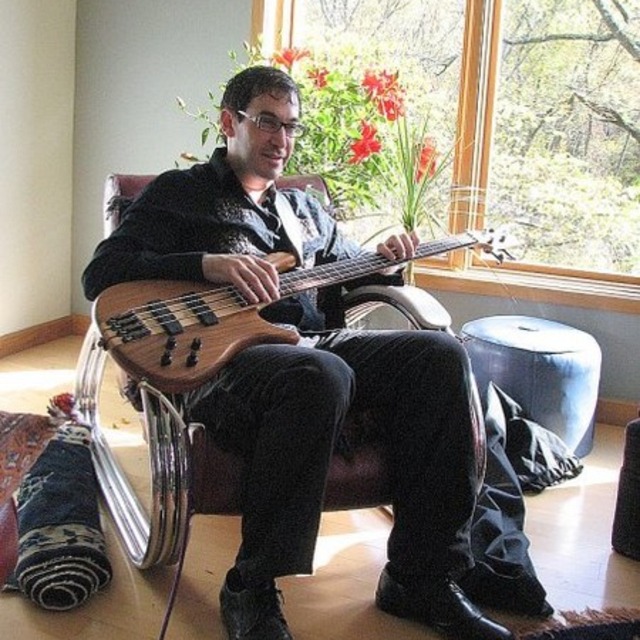 [Important disclaimer: When I say on this profile's drop down that "I tend to practice 1 time per week," that means that I tend to GET TOGETHER with a band once a week. I practice every day on my own... at a minimum of two hours... religiously.]

I am a bassist with 28 years of playing experience. I was part of two projects in Boston in the late 80s and early 90s, both of which were largely cover bands. In from about 1995-2002, I was part of a successful New York band that played originals at Greenwich Village bars and clubs. These originals could be described as somewhere between folk, pop, prog and indie. [Note: The influences that all band members shared were Steely Dan and XTC.]

I would describe my playing as intelligent and precise... not flashy. I like interesting harmony and counterpoint, but, above all, I believe in having a real, specific bass line that plays its role as anchor for the music.

I don't have large hands.

I'm not your guy if you're looking for a lot of velocity and/or decibels.

I'd call myself a thinking man's bassist.

I can tell you some of the bassists I LIKE (and if I played anything like them... I wouldn't be posting this ad): Chuck Rainey, Colin Moulding, Tony Levin... to name a few.

I probably play most like the later-Beatles-era Paul McCartney, in terms of the simple, structural lines (though I play some fills, where PMcC plays almost none.)

I have a lot of experience playing Steely Dan tunes; I've probably covered the entire song book, at some point. I've played a good 20-30 songs by XTC. I've performed upwards of 150 Grateful Dead tunes; yes, I can lay down a pretty bad ass version of Phil Lesh (strange as that may seem.) I know quite a bit of Dylan, Neil Young, Little Feat and Stones.

My musical interests, strangely, are more in early industrial, Krautrock, lounge, New Wave, No Wave, art rock and prog. I'd be willing to give that stuff a shot. Smiths, for example, should be pretty easy.