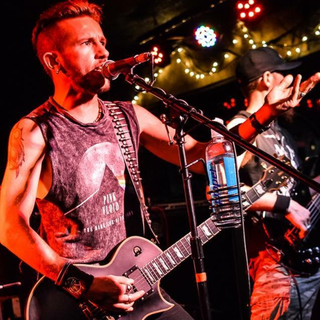 I am a vocalist seeking to start or find a band to get together. Preferably looking toward the rock/metal genre. I have been involved with music and playing with bands including a touring band for about 8 years. I was committed to a touring metal band based out of Atlanta, GA ‘Souls of Redemption’ for 5 years. Over those years we’ve been privileged to open for known artists such as August Burns Red, Saliva, Atreyu, Miss May I, Suicide Silence, and the Black Dahlia Murder. Due to members moving forward with family etc. the band parted ways. I am currently in the Army stationed at Ft Campbell, KY. I’m looking to either start a project of my own with supporting artists or go full forth in getting a band together. Surprisingly with the job I’m in, I do get enough off time to practice as well as play shows. As far as vocals, I can sing heavy vocals to soft. My range would be similar to the voices fronting Slipknot, Disturbed, All That Remains, Trivium etc.
HMU if interested!
770-296-8887
schip.has.sailed

(Most of my equipment is at my home in GA).
With me:
EC-1000 LTD electric guitar
Line 6 Spider III 75 watt amplifier