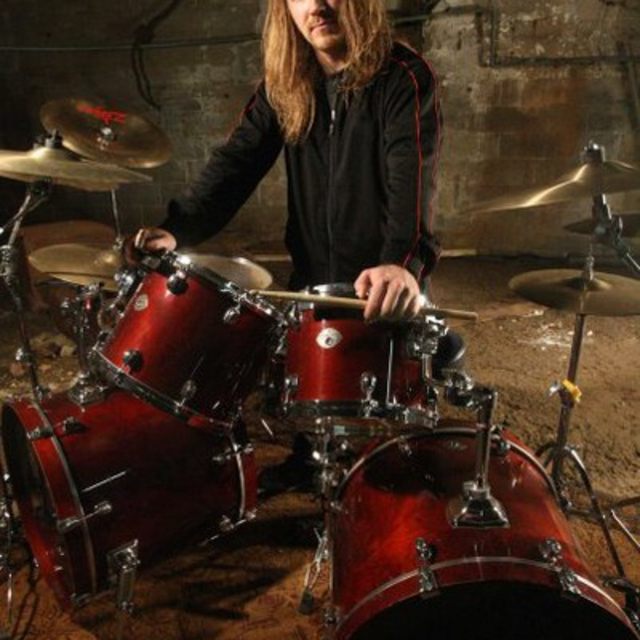 Tamas Vajda has earned high praise from music’s most influential voices by blending the conventional principles of punk, metal, thrash and rock music to create a thoroughly unique sound that has catapulted this acclaimed percussionist and musician to international acclaim. With consistent positions on a variety of worldwide music charts, tours at some of the most respected festivals and venues, non-stop appearances on major radio and television networks, and an international legion of fans, Tamas Vajda and his band Verismo have become one of the most exciting musical acts to hid the hard rock/metal music scene in many years.

Tamas Vajda, a Hungarian native, is no stranger to success. At the age of seven Tamas found he had a keen interest in gymnastics. He was a born natural, participating in several competitions and earning prizes in a number of local and nationally held events. At 15 the youngster enrolled in the Hungarian Circus-Artist Institute for his twin brother request and began to study the art of circus performance. By the time he graduated Tamas had formulated a new performance tactic that was dubbed the “teeterboard-globe act,” and the routine would catapult Tamas’ reputation and give him an opportunity to perform with the world’s most recognizable circus act: Ringling Brothers Barnum and Bailey.

Still in his teens, Tamas accepted a position with the century-old troupe, and soon he was traveling throughout Europe. For four years he continued to work as one of the lead acrobats, but at the same time, Tamas was developing a passion for the drums, and it began taking up more and more of his time. Before shows, in between rehearsals, and after a performance he could be seen practicing, and eventually the pull was too strong. Tamas left the circus life to enroll in the Drummer’s Collective in New York’s Greenwich Village, home to some of the most respected music teachers working today. The move was fateful—not only because it allowed Tamas to polish a spectacular raw talent, but also because the location soon brought him into contact with the collaborators who would help him to begin creating the groundbreaking music he was beginning to compose.

ALL of the best rock drummers