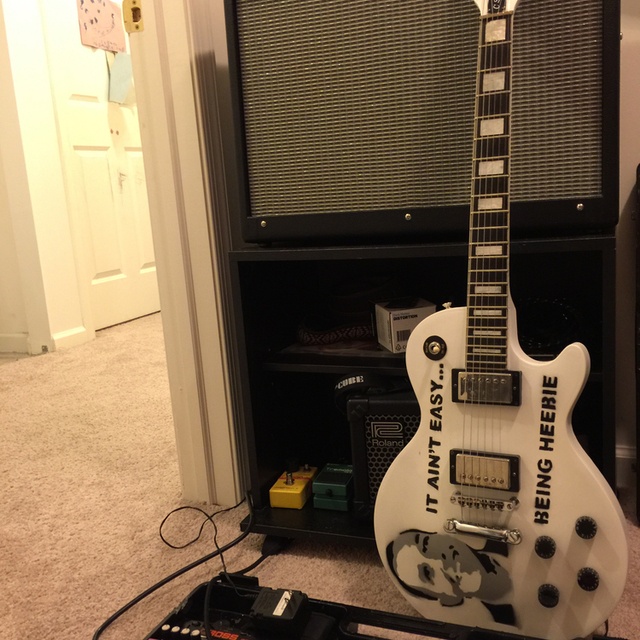 Rhythm guitarist/vocalist looking for a casual band to have fun with. Wouldn't mind learning some cover songs playing some shows every now and then. I've always wanted to play in a "90's to early 2000's era" cover band specifically, but wouldn't mind stepping out of that zone if needed. I'm very passionate about ALL styles of music. I also have several songs that I've written and recorded (all instruments and vocals) on my own at home. I've previously played in a few bands growing up in my hometown and have lots of live performance experience. I also have some minor studio experience to include recording a few album demos with former bands as well as amateur home recording. Work does keep me busy, but this is still something I'd like to commit some time too. Like I said, its mainly for fun.

Punk rock is my favorite genre of music, but my personal tastes have no borders. I enjoy rock, alternative, blues, grunge, hip hop, R&B, pop, funk, ect. Basically what it comes down to in my opinion, any type of music is good as long as you feel it in your heart. Some of my favorite artists/groups are (in no particular order): The Bouncing Souls, Weezer, Foo Fighters, Blink 182, The Ramones, Green Day, The Offspring, New Found Glory, MCR, Prince, Rick Ross, ect.