the henrines + Band in Arlington, MA 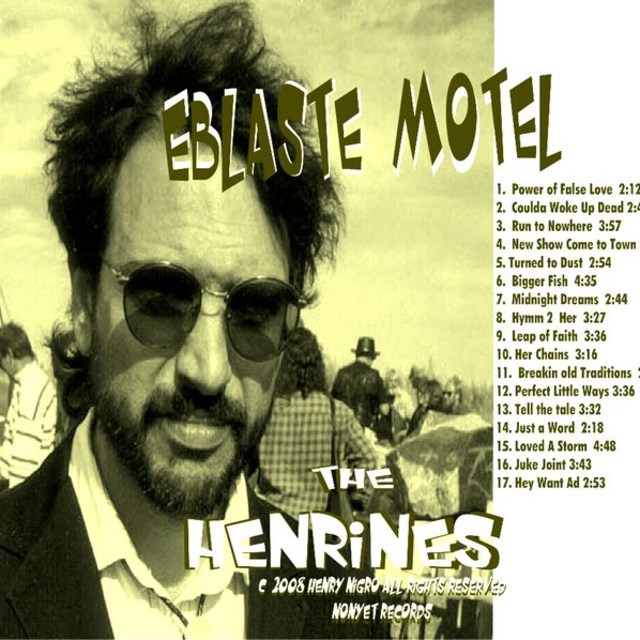 Singer/songwriter/guitar slinger Henry Nigro has been performing for 35 years in Massachusetts, New England, and up and down the East Coast of the USA.

Quotes:
from the great Warren Senders

"his knowledge of the complete american vernacular, ...a little bit of a half crazed musicologist. If Ry Cooder could actually sing really well, there's a little bit of that quality of being willing to take a bit from here and a bit from there. It's both inside the idiom of American music and about the idiom of American music. It was very satisfying."

From Noisehead
I feel like Im on a Texas highway ready to rob a bank with my trampy girlfriend.

From MP3
Sounds like it was recorded in the basement of Big Pink.