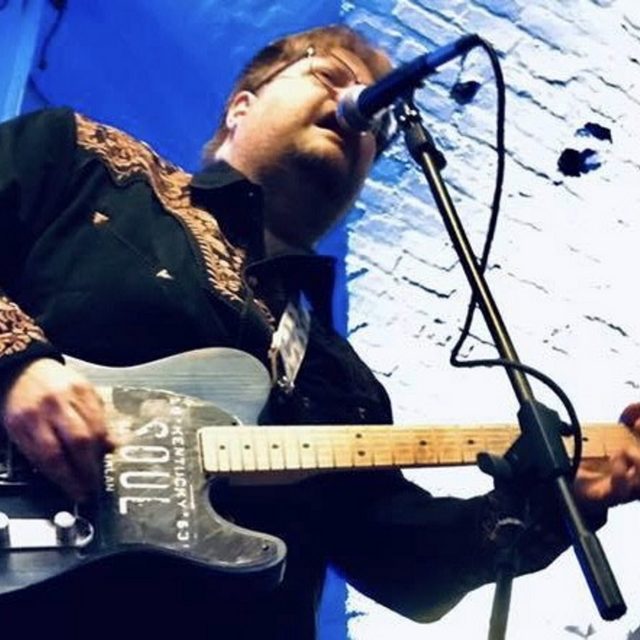 Lead, Rhythm, Slide guitarist looking for new projects to be a part of. You need a guitarist, hit me up with a message and let's see if I fit with what your doing. I do have other projects going but they aren't completely filling up my schedule.

Here is my BIO:

Growing up in Cincinnati Ohio, singer/songwriter Harold Mike Sizemore experienced his Rock N Roll roots. While spending summers in Southeastern Kentucky help him to find his country and bluegrass wings. Beginning in 1998 Mike put his roots and wings to paper and penned his first real song Never Been in Love Before in which he wrote for a band that he co-founded in Columbus Ohio called Strange Acquaintance. After his stint with Strange Acquaintance Mike began his journey as an acoustic act, playing in various clubs and bars around the Cincinnati music scene. Mike has been critically a claimed by such people as MTV.com's Jackson Buehrer who says "Mike Delivers catchy retro rock classics," while Producer John Simon (Producer of groups like the Band and Janis Joplin) says The songs are good. The energy is there and the love songs, in particular, are focused and sincere. Now a member of ASCAP Mike continues to make music his own way, blending rootsy sounds mixed with soulful vocals that take you somewhere.

Screen name:
hmsizem
Member since:
May 16 2007
Active within 1 week
Level of commitment:
Committed
Years playing music:
20
Gigs played:
Over 100
Tend to practice:
More than 3 times per week
Available to gig:
2-3 nights a week
Most available:
Nights