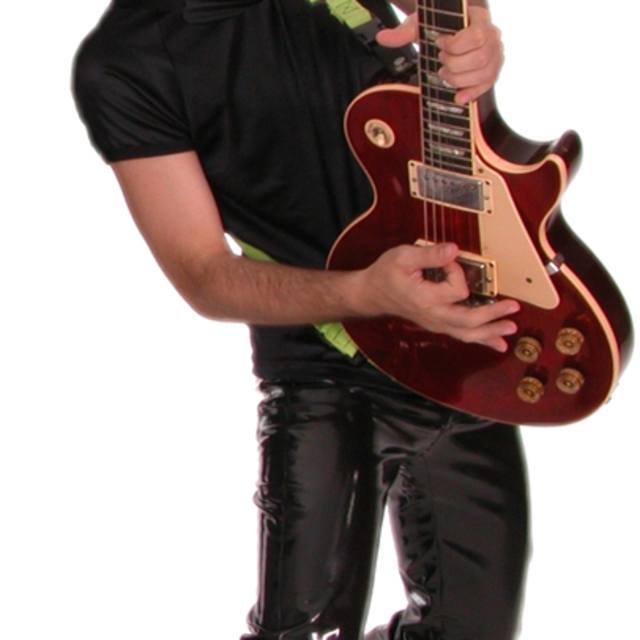 Accordian at 5yo..piano at 7..electric keys at 9..strat at 12..bass at 14..Hollywood/Sunset Strip at 15..(allowed in to play only,then back to parking lot!)..B.C Rich/Jackson/Charvel at 16..Les Paul at 17..discovered SRV and Yngie Malmsteen at 18, and immediatley went back to the Strat..did that until the band I was in got hired to open up for Quiet Riot/Rhino Bucket California Summer tour..on the way back Nirvana broke and every band with long hair was out of a job..(thanks Kurt!).. so I cut my hair and learned to play 3/4 less notes..ended up in a band called Kamenwelth,which was fronted by one of the guys from Sublime,who were all trying to cash in on the "Long Beach" sound..played about 100 shows with them ,but eventually got bored with it and quit. Not long after, I got an opportunity to join a Hollywood film crew and spent the next 17 years making television shows,feature films,commercials and music videos. but Im done with all that now. and while deciding what's next I came to visit my mom in this town of Roseville,which I had never heard of before. and I thought,maybe Ill stay a while and check out the scene,,,,,,bottom line: I love music..listening to it, making it, watching it,everything... Im down with it all. I don't care how old/young you are,,,,I don't care if you are a dude,a chick, or some combination... I just want to play!