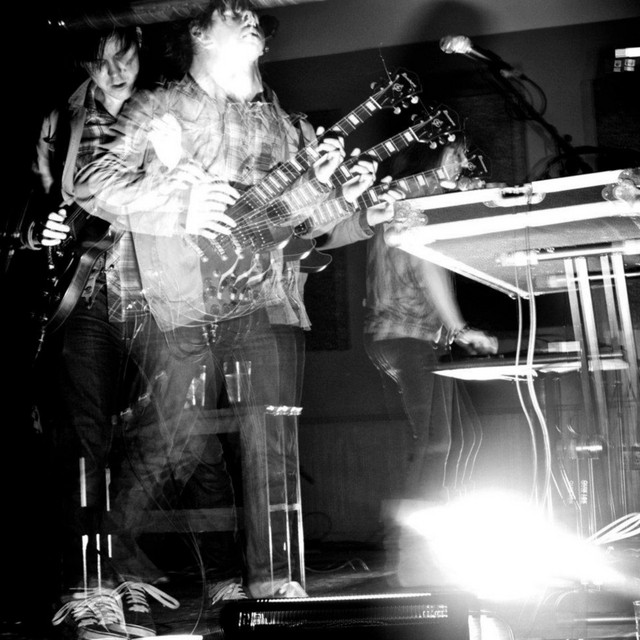 I’ve been a musician in some form for about 25 years. I’m primarily a guitarist and producer, and dabble on keyboard/synth at times. I'm originally from Cincinnati, and was pretty involved in the scene there before moving to Cleveland a few years ago.

At this point I’m pretty open minded about what type of project I’m looking for. I’ve played indie, pop, electro-punk, trip-hop, metal, and yada yada. The genre isn’t super important to me. I just want to surround myself with creative musicians that have fun making and playing music they love.

#####Level of Commitment#####
I’m in grad school full time at CWRU (Astrophysics). It takes a lot of my time, but I’ll always make free time for the right project. I’m usually free on weekends or can free up some time during the week if needed. Schedule is flexible if we’re able to plan meetings ahead.

I’m open to gigging regularly if and when that becomes an option again. Even open to out of town shows/touring if the prospect makes sense.

I do my homework prior to practice. I’ll show up and learn the songs ahead of time. I’ll try my best not to waste your time learning songs at practice. I definitely want to meet with people willing to commit at that level.

#####Resume of sorts#####
I hate talking myself up, but I realize it’s important in the business so here it goes:

I’ve been a gigging musician for over 20 years. I’ve had bands featured on TV, radio, and in print. We’ve won awards, toured, signed autographs and lived out of a van for a week or more. I’ve shared the stage with some of my heroes, played festivals with some pretty big names, and played to empty rooms on the other side of the country. I’ve lived the life and am familiar with the ups and downs of it.

I also have a bachelors in audio production. I worked as an audio engineer for about 10 years before deciding to stare at shiny objects in the sky. I worked in studios, did location recording, ran sound at several venues, and even taught audio production as a professor at the University of Cincinnati. All this is to say, that I’m comfortable being the audio/tech guru in the band if that type of resource is needed (but will try my best not to butt in if it’s not).

I’ve put recordings up of some bands I’ve been in. These are all recordings that I've produced and played on. Most of them I helped write as well. I’m not saying that’s necessarily the genre I’m trying to do now (or that it’s not), but just hoping to give you an idea of the wide range of projects that I’ve been involved in over the years. Googling the band name should bring up a page if you’re interested in hearing more of a particular project.

#####Contact#####
Made it this far? Still wanna talk? Both my gee-mail and fase-book are ianmgull. Feel free to hit me up there. Or of you’re made of money and you subscribe to this site, message me here.

I won't list a bunch of bands here. What I will say is that all of my favorite music has a certain intensity to it. That is to say, when listening to it, it makes you feel as if it's the most important thing in the world at that moment.

I want to make music with that same sense of urgency.

I'm a gear junkie so I have more than I can realistically list here. I play 6 or 7 string guitars. Amps, pedals, synths, recording equipment, you name it.

Anything I bring on stage will be of professional quality. I learned my lesson years ago.