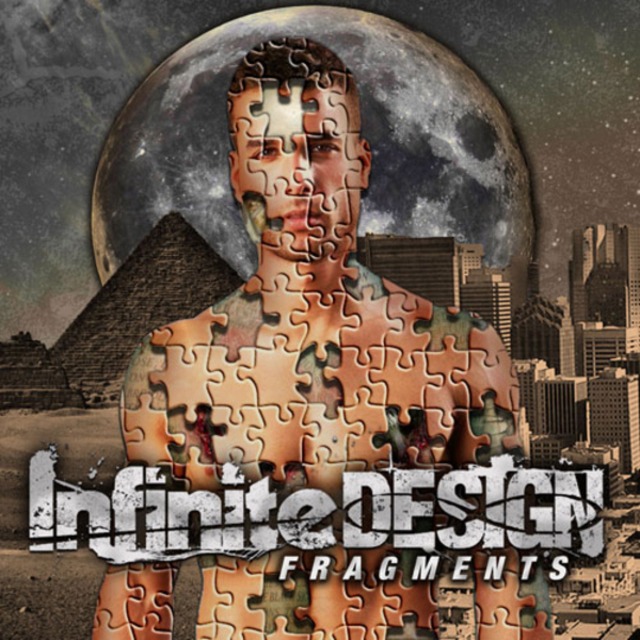 Started in the ruins of a dead music scene in Muskegon, Michigan; a band has started resurrecting and building a new musical structure. Although many venues shut their doors, leaving a minimal amount of opportunities for local music. Infinite Design has started carving it's own name in the Michigan Music Scene. With Larry Passenier (Time Of Plague, Beyond Hatred) on Vocals/Keyboard, Jason Ingersoll (Indrid, Room 237) on Guitars/Vocals, and Adam Eklund (Enrapture) on Drums. Infinite Design released their First EP ”The Architect”, leaving their first mark in the local area with cd releases at Hot Topic as well as multiple cd reviews including recoil magazine. In September 2012 long time friend Nick Modd (Room 237, Dead Silent Orchestra) filled bass duties solidifying the line up. Creating an era of integrity and passion, with versatility that inherits each song. As 2012 came to a close, Infinite Design went into Exit Doors Productions to record their full length album "Fragments". The album will be available on August 3rd, 2013.

Screen name:
InfiniteDesignmi
Member since:
Mar 03 2012
Active over 1 month ago
Level of commitment:
Committed
Years together:
4
Gigs played:
Over 100
Tend to practice:
2-3 times per week
Available to gig:
1 night a week
Age:
34 years

For Fans of: Between The Buried And Me, Origin, Dying Fetus, At The Gates, and Dark Funeral.