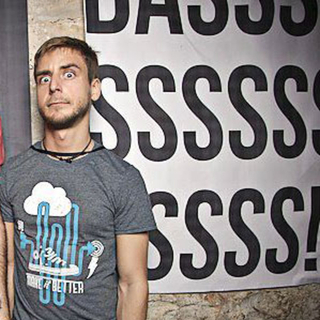 ~~~Summary~~~
I want to be part of a world-record setting, massive, underground mob of faceless musicians who set up precarious marketing stunts and events around the planet. I want to change the Earth dramatically. I want to be the next 1960s hippie movement two times over. I want to make politicians react and people re-identify.

I'm a vocalist and keyboardist/pianist doing computer arrangement/production w/ Ableton Live and a slew of iOS apps. I also play bass, guitar, drums (acoustic & pads), effects (kaoss pad, pedals), and turntable (scratching). I don't have live playing experience, but I'm v-e-r-y serious about music (I'm also v-e-r-y fun about it). I'm not a wizard and my style is still a little sloppy, but will mature over time. Songwriting comes easily for me.

~~~Another Paragraph~~~
I'm a computer programmer at work on my music production app for iOS. Ready to quit this and go touring at any point. I'm interested in the experimental aspects of music-- when new sound is born. Things that makes you wonder what you just heard and why it sounded familiar. Contrasting what's happening on the edge of right now (ultra-modern/trendy) with unpopular older styles to pose initially confusing statements. Tie that in with an overarching goal of trying to express a set of emotions that I feel are important for our society to be aware of in order to maintain a global understanding of what's happening inside of people in this world today.

Get at me...
:///inversiondrive
phil.knoll at gee male dot com

>>NOT<< my influences:
Most goth bands, anything trying to be "hard", Jack Johnson, Bruno Mars, Jack motherfu*king Johnson, Slipknot, Bob Dylan, Nickelback, Hootie and the Blowfish...lol... There's a lot I could list here.