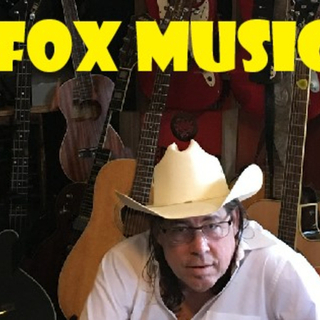 I recently moved back to the New Jersey Shore Area and would like to get involved with a new musical project. I have had some minor success in the past and would like an opportunity to work with some inspired musicians who want to work on cover music as well as original music. I have written and continue to write quite a variety of stuff. A Country-Southern Rock type band would be ideal.

Bio: Jack Fox
Vocals and Guitars
Scanning as far back one could, Jack was searching out his love of music. Read on as he reflects back on the days while riding in his Mom's Chevy Corvair...
In that car with his brothers, Steve and Scott, they would ride to the New Jersey shore and sing three part harmonies in the back seat. All this while the radio played ‘The Beatles’, ‘The Beach Boys’, ‘The Rolling Stones’, etc, etc, etc.

At the age of twelve, Jack convinced his family that he really wanted to play guitar and began taking lessons at Sid Kliener's House of Guitars (Califon, NJ). It didn't take long before he was writing his own songs and trying to get a band together to play them.
The first band (The Red Coats) was born with some fellow musicians from High Bridge, NJ. A great band name though probably the best part of this band was the red Nehru jackets that Jack's Mother sewed together for each member of the band. (He'd like to have one of those today!). This band didn't stay together very long as it became evident that with spring also came baseball, basketball, girls and all of the other outdoor activities that young boys like to get into.

Music from this point on however became one of the constants in his life. If there were to be only one passion he could keep in life, music would have to be it. It has been the one thing to keep the sanity through the times of good and bad.

Jack has played large and small venues, with full bands, small bands, duo's and as a solo artist. He is always ready to play and at his best when he is in front of an audience with mic’, guitar, and a song.

Some of the highlights in a long and scattered musical career include.
** Crystal Rock & Roll ** (This was the first “great band” he was a part of)
** Recording with the Fred Brown Band **
** Blind Drive ** (What an honor to play with some of the greatest musicians ever)
** Stevie Ray Vaughn & Joe Cocker in concert at the Garden State Art Center **
** Bartfest 2001 **
** Meeting and being able to play with Robin Stone (Stone-Fox) **