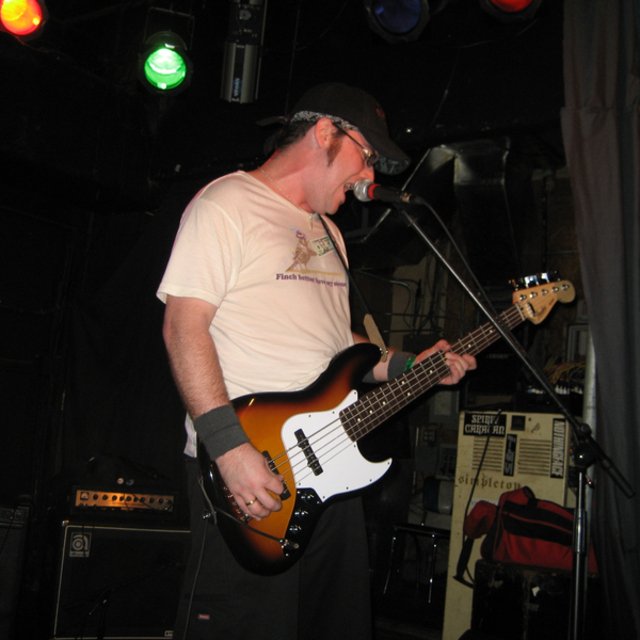 Have had over twelve years of experience in the Houston music scene with various styles of bands. All bands have usually centered around a punk or metal grounding, with flights into hip-hop in the late nineties, progressive in the early mellennium and more alt-metal/ screamo styles fusing into the music in the last few years. Some of the bands I've worked with are All In Your Head and Dreaming of June. I've played bass in both these bands but have sang, played guitar and written music and lyrics for my own bands such as stilldRy and A.H.G. I am looking to sing or sing and play guitar/bass with an up-and-coming but musically established punk or metal band. for vocal and guitar sounds and writing of early millennium, go to /stilldry. for vocal and bass guitaring of the later millennium, go to /dreamingofjune. for late 90s bass and rapping, /throeofthesouth samples of all of this can be found on /dryeyefilms. And I did go by another name on those sites.

Screen name:
JackyDMonstrosity
Member since:
May 11 2011
Active over 1 month ago
Level of commitment:
Committed
Years playing music:
20
Gigs played:
50 to 100
Tend to practice:
2-3 times per week
Available to gig:
1 night a week
Most available:
Nights

Vocal influences start with Mike Patton on Top and end with Peter Steele and Ian Curtis on the lower ranges. Bass influences began with Robert Trujilio and have continued with Peter Hook. Guitar influences are Adam Jones and the duo of Rob Ramos and Jake Kiley from Strung-Out.

I am not posting an equipment list at this time as I am looking for a vocalist position.