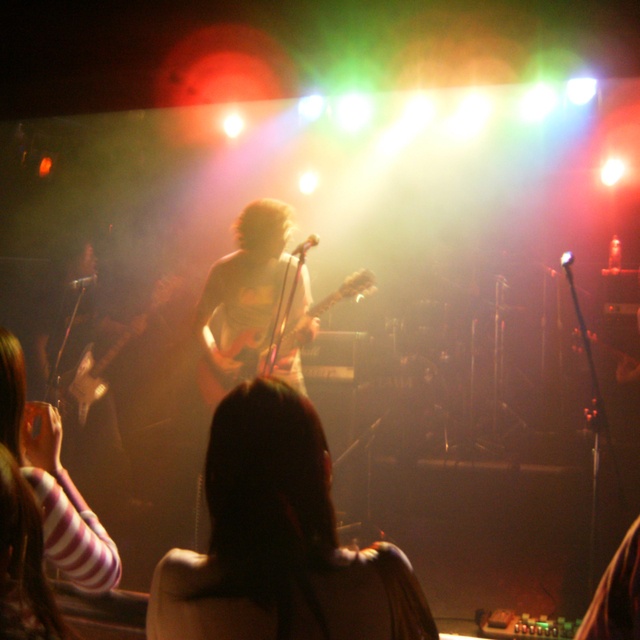 I've been playing music in general since about 2000. I've played in a variety of bands throughout High School, College, and in my private and professional life since then. I've done catch-all rock stuff, funk fusion with horns, pop punk, live hip hop, shoegaze, miscellaneous proggy stuff, and plenty of other stuff for teaching gigs.

I have to do lots of covers for work, so please no contacts for cover bands.

Also, I'm getting old enough that I really don't have patience for people that can't talk shop and aren't willing to learn. If you're unable and unwilling to talk about CHORDS BY NAME, TIME SIGNATURES/FEELS/RHYTHMIC CONCEPTS, and/or SONG FORM/SECTIONS/STRUCTURE then I can already tell you we're not a good match. I have no patience left for anyone who plays one of THESE like THIS for A WHILE then one of THESE like THIS a FEW TIMES. I need someone that I can actually communicate with and that is able to organize their thoughts. It's fine if it's not perfect from square one, but I at least need someone to put in effort towards having a means to communicate ideas back and forth.

I have a weird split on instruments. I like playing drums the most. I'm most confident on bass. I probably end up playing guitar and singing the most often though. I'm decently proficient on keyboards, but it's something I can do as a secondary instrument at best. Please let me know if you'd like to know what I played, wrote, or arranged on the recordings on my page.

If you're still interested after all of that feel free to reach me via the internal messaging system or at:

between rey and j AT g mail DOT com

I hate listing influences. I feel like it's really limiting. Sorry to pull a hippy/hipster cop out on this one, but I'm all over the place. The big thing is that I want to make music someone believes in. I'm not too interested in making stuff just to sound cool. That being said, I do want to make everything sound good once there's an idea with intention in play.

This is my rehearsal setup, but I have some dedicated gigging gear as well.