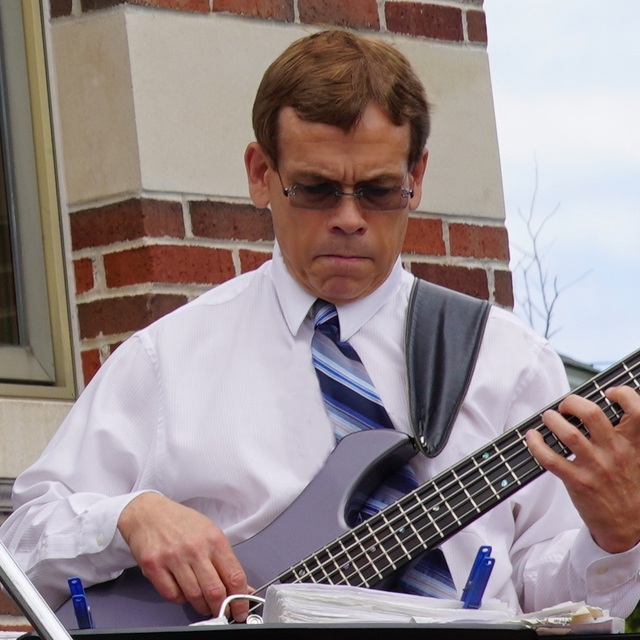 Playing/Reading music over 48 years. Have played in all styles of music. (Rock, Funk, Blues, Jazz, Country, Classic Rock, Big Band, Broadway Style Musicals, etc.)
Other talents: Own and operate a full digital/MIDI recording-editing-mastering studio. Transcribing and arranging musical scores.
I'm looking for a gigging or at least near gigging situation two or three times a month. Lower Fairfield or Westchester County would be ideal, but will travel for the right situation.
I was in a local Blues band for over 10 years, plus I played several times a month at a lounge Jazz hotel gig on upright for over 23 years, so you know you can count on me to be there! Also in a local Classic Rock band playing a mix of 60's to 80's music. Played in various local Big Bands. I currently hold the bass chair in the Bob Button Big Band.
I also occasionally play the local theatre pit band gig and have played in Big Bands (On either upright or electric bass), so I'm a fairly profeciant reader and can follow musical score & directors.
I also record & produce local artists so if I join a band I would be able to provide you with the means to get a decent demo. (I recently recorded & produced a second CD for a band that I play with several times a month.)

God... There are so many to mention since I've been playing so long. I guess if there's one bassist who still mesmerizes to this day it would be Motown Session bassist James Jamerson. Other influences would include WIll Lee, WIlton felder on electric, George Mraz, Charles Fambrough on upright, but really any good bassist (famous or local) can really be an influence on me.