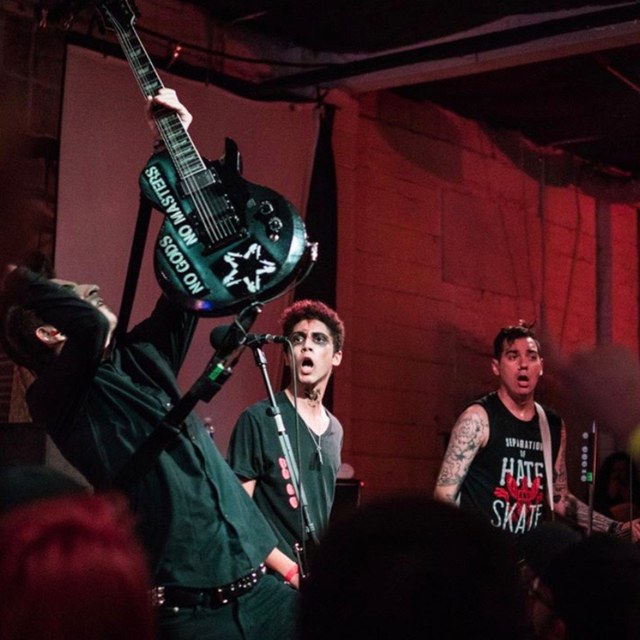 Art is my passion, and music is one of the highest forms of art, in my opinion. I grew up on rock n roll, but didn't actually decide I wanted to play it until a few years ago.

I've only been playing bass for about 2 years, but I've been singing all my life. I find myself constantly writing lyrics. I mostly write horror punk-sounding lyrics, but I do write other things, too, and can write new stuff on the spot, in case you've got a song on guitar or something and want to put lyrics to it. I can also play bass and sing at the same time, as long as the bass part isn't too complicated.