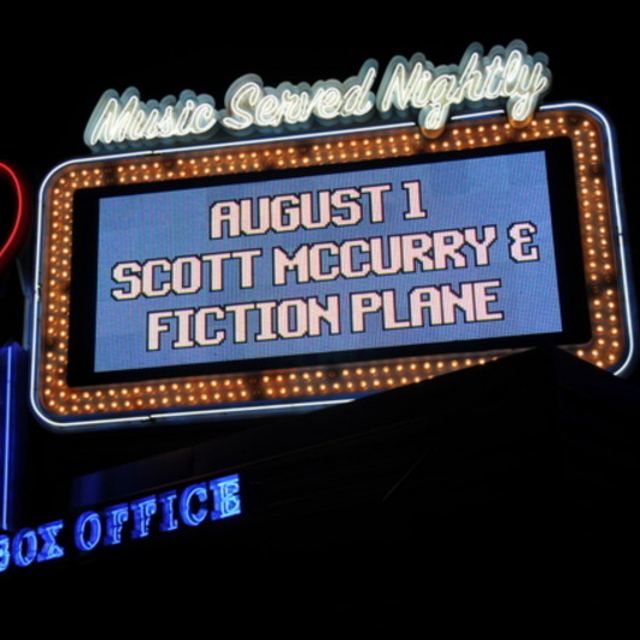 When trying to sift through the many genres that make up the Music Biosphere, if not careful, one can easily be swallowed by the droves of bands trying to pass off there their harmony-laden, verse-chorus-verse songs, for true "Rock and Roll". Luckily for the skeptics seeking more than just run-of-the-mill power pop, The Scott McCurry Band has arrived.

Perhaps it is unfair to use the phrase "Just Arrived", considering the Scott McCurry Band is putting the final touches on their third, full length LP, and have been bringing their raucous, energy-filled live performances to beer-swilling audiences across the country, for the past six years. Scott has already played over 500 venues across the states from underground clubs in Dallas to the celebrity-studded Sundance Film Festival in Utah where Scott had a song in the movie “Walking with Freedom” and performed at Sundance. The track's "All Over The Road" & "Saturday" were also featured in the HBO movie "Appalachian Trail". Not to mention, America’s Best Independent Artists, an organization that promotes promising artists’ CDs, selected Scott as one of the best Artists in 2005.The Scott McCurry Band, isn't so much a band, but a collective of extremely talented, genre-bending musicians, lead by their fearless leader, Scott McCurry.

The ‘Koozies’ was Scott’s first band experience and he quickly proved to new audiences that he could not only write smart, quirky lyrics and catchy tunes, but also perform on-stage. The band’s first release, “seeing through bleu ink”, helped jettison Scott firmly into the college rock scene.

Scott's second album "Like the Sun", is just that; sunny and upbeat, filled with songs you’re happy to let bounce around in your head all day. Songs like “Oh no” with the addicting guitar and harmonica melody echo sounds of Bob Dylan, while other tracks like “Dr. Doctor” pump out a fusion of method that can rival even today's most progressive artists.

In terms of musical evolution, the path this band has embarked would garner approval from musical purists as well as Mr. Darwin himself. All this evident by the presence of legendary, and veteran music producer, Elliot Mazer. After 30 years of having worked with the likes of Neil Young, Pete Townshend, and Janis Joplin, Mazer has decided to put his golden, or more appropriately, platinum touch, to the band's latest studio effort.

While according to Mazer, the phrase "Birdies Don't Bark" is an arguable statement, there is absolutely no argument when it comes to the quality of "Birdies Don't Bark" as an album. While at times, one can get lost in trance-inducing melodies, reminiscent of bands such as The Animals, or say the Troggs, at the drop of hat can be transformed into the beautiful alternative instrumentation that makes bands such as Wilco and Sonic Youth so electrifying and important