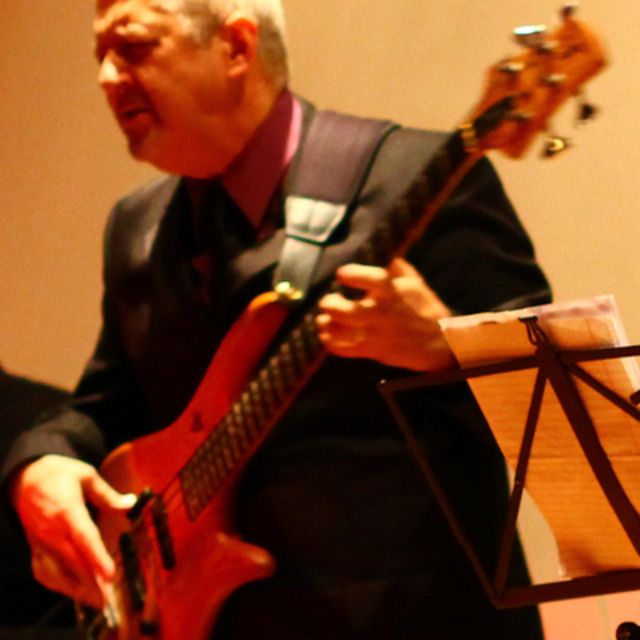 Jazz Electric Bass Guitar and Music Instruction
Jamie is a graduate of Berklee College of Music (’79) in Boston, MA. He was a composition major and performing artist in residence for 8 years in Boston. He has been performing and teaching for 30+ years.
Jamie visited Charleston for the first time in 1975 as a member of the pop group The Buckinghams. He toured the country with them and other notable bands for two years.
Jamie moved to New York City in 1981 and quickly became a sought after player in the club date field, playing bass, and guitar and as a vocalist. He wrote arrangements for several Atlantic City nightclub acts, as well as being a feature player for many of those bands. While a feature player for the Lester Lanin Orchestra and the Peter Duchin Orchestras, Jamie played in all the major hotels in NYC as well as inaugural balls in Wash, D.C. Jamie has performed on cruise ships sailing from NYC to Caribbean ports in small bands and orchestras, playing the shows of many headliners like Dinah Shore and Ben Vereen.
Jamie moved to Galway, Ireland in 1999 where continued to play jazz with local players. He played shows in the Town Hall and had several bass students. experience is now available privately. Instruction in Jazz Improvisation and Theory and Electric Bass guitar are taught separately.

Jamie moved to Charleston in August, 2008 and has been playing with various local artists in restaurants and resorts. His teaching experience is now available privately. Instruction in Jazz Improvisation and Theory and Electric Bass guitar are taught separately.