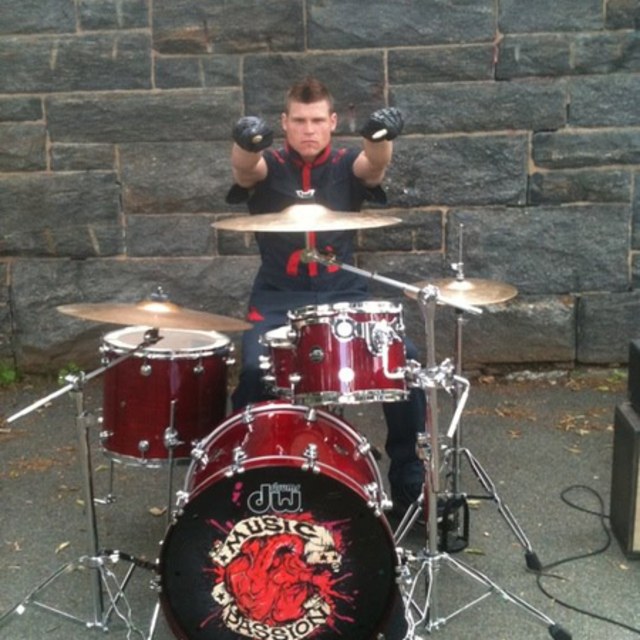 Two of my top passions are weight lifting & drumming! I would love to play/create music that I would workout to. Examples of bands that I workout to are: Alterbridge, Papa Roach, Sevendust... to name a few.

I have been in various projects the past 10 years ranging from hip hop, soul, funk, rock, & singer/songwriter.

I am heavily influenced by drummers such as: Danny Carry, Morgan Rose, Vinnie Paul, among many others of course.

I am grateful for the various experiences I’ve been blessed with, including recording an album for singer songwriter, Jordan Siwek (link below)
s://.be/P7rdCffPMkk

From 2010-2013 I recorded & performed with the band: Stereo Crowd, performing live shows as large as 10,000 + opening for acts, such as, MC Hammer, DJ Girl Talk, & we were musical guests on the Joey Reynolds show in Times Square.

Before moving to New York in 2006, I played in hard rock / metal bands, opening up for a number of national acts in the Midwest... Most notably: Super Joint Ritual.