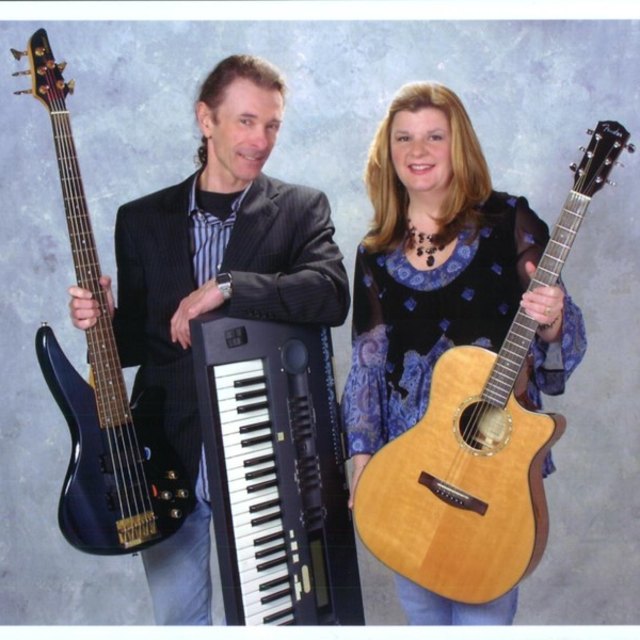 SEE OUR CALENDAR LINK BELOW. The Julie Anne and Robert Bruce duo started performing together in early 2007, after being introduced at the final performance of Bobby Lewis and the Cracker Jack Band. Robert Bruce was a founding member of the band back in the late 70’s and Julie Anne performed with the band since the early 80’s. After seeing each other perform that evening they decided to create a unique sounding duo focusing on nostalgic hits from the 60’s, 70’s, 80’s & 90’s. With their tight vocal blend and seasoned musicianship they continually captivate their audience.

Began singing and playing guitar at age 6 performing in church and local school functions. Later after high school she joined her first rock band “Replay” playing local clubs. In her early 20’s an opportunity for financial backing led to writing and recording her original music with many of her favorite local Detroit musicians such as Doug Kahan(Tilt, Flash/Kahan, D C Drive), Brian & Mark Pastoria(Adrenalin, D C Drive) and Ed Leighton(Curtis Hyflash / Leighton) At age 25 she auditioned and was picked to perform on the Nashville talent competition “Be a Star.” Since then she’s continued to pursue her love of music performing professionally with Robert Bruce and sitting in with various local bands.

Started playing piano at age 7 taught by his father who was a jazz pianist. He learned guitar at age 8 after his grandmother gave him a Chet Atkins album. In his early teens he performed with various local bands, and then eventually started his own group. He then began writing and recording his own original music. While pursuing a recording career he met various producers such as Dan Yessian (local and national soundtracks & commercials) and Larry Santos (Host of “The Hot Fudge Show” TV and radio commercials such as Budweiser) along with Eric Morgeson (Studio A). They saw a great talent in Robert and decided to collaborate on many studio recordings such as (Father & Son Construction with Bobby Lewis) the Michigan Lottery-Chevy Trucks and countless other commercials plus the nationally syndicated Detroit television show “Hot Fudge” (with Dan Yessian) Robert has written and recorded over a hundred original songs, and continues to record and produce, as well as performing with Julie Anne.

Screen name:
JARB-DUO
Member since:
May 12 2009
Active over 1 month ago
Level of commitment:
Very Committed
Years together:
4
Gigs played:
Over 100
Tend to practice:
2-3 times per week
Available to gig:
2-3 nights a week
Age:
54 years