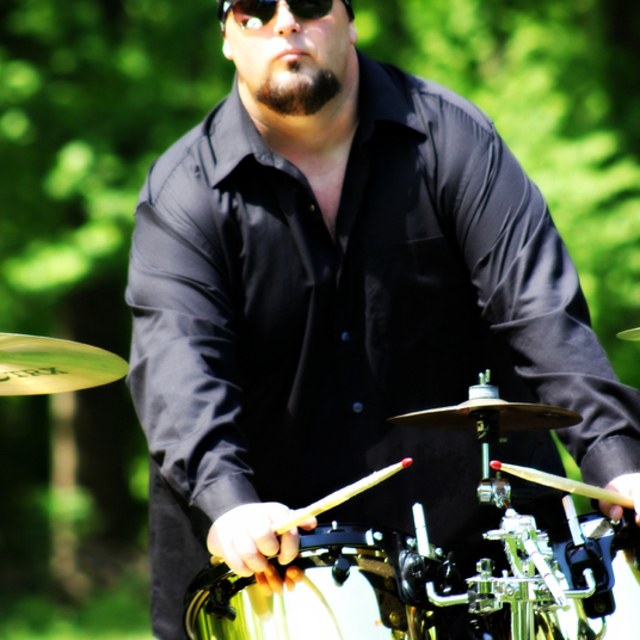 Been playing drums for 30 years. Available for live shows, touring and studio recording sessions. Just spent over the last year in Chillin Sun with former Steelheart guitarist Kenny Kanowski who wrote "We All Die Young" from the movie Rock Star. Played on the self titled Chillin Sun CD released in June of 2013 and is available on iTunes. Currently Recording songs that I have written with vocalist Steve Ferry in the band SHINING EAST and we are in search of a lead guitarist and a bass player as of 4/16/14

Endorsed by Spaun Drum Company and TRX cymbals.
Jason Leavitt here, my new band (SHINING EAST) is in search of a lead guitarist. I just spent over the last year in CHILLIN SUN with former STEELHEART guitarist Kenny Kanowski who wrote the the hit song 'WE ALL DIE YOUNG" for the movie Rock Star but he packed up and moved back to L.A. so I have started my new project/band with long time friend and vocalist Steve Ferry and we are currently recording our CD as I play guitar/bass and write even though I'm known as a drummer. We are recording our Originals in C# to sound more modern and heavy in the vein of Black Label Society, Kill Devil Hill, Godsmack, Stone Sour meets Queensryche, Judas Priest, Iron Maiden and Van Halen but covers will be played in standard or accordingly to the song. We have a show booked for August 15 opening for L.A. Guns at the Bluestone in Columbus. Our vision is pretty cut and dry.. we are going to finish the recording of the CD and do BIG and small shows as well as playing a mix of Classic Rock and New Rock with our Originals thrown in there.. We have shared the stage with over 40 National Acts so if you are looking for a serious situation contact us.
Thanks Jason Leavitt