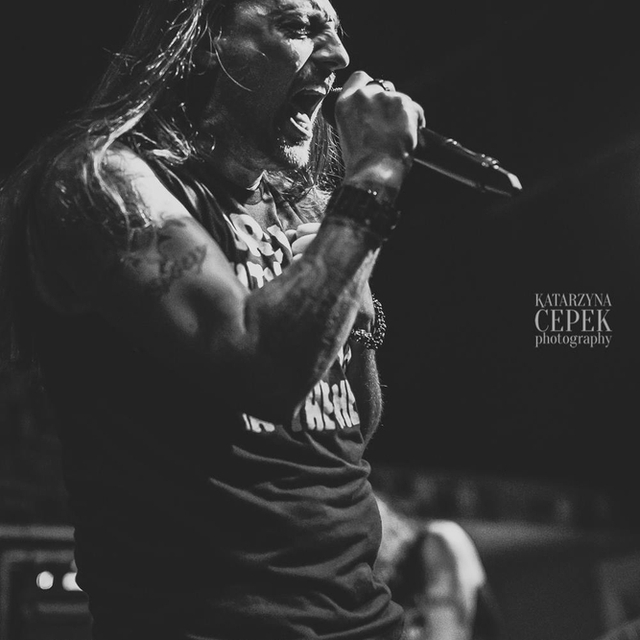 Jason formerly of IKILLYA here. I'm putting together a new project with Rob (Bass), also formerly of IKILLYA, Dustin (guitar) formerly of Grade 8 and Paul (Piano). We are looking to pick up right where IKILLYA left off touring a significant portion of the year so please be aware of the realities of that life and willing to make a 110% investment in this new project. We have a studio in Bedsty, a converted shuttle bus for touring and all of the relationships that were associated with IKILLYA. We are searching for a guitarist, drummer and keyboard player for a band that draws inspiration from Insomnium, Gojira and Type O Negative. We are of course fans of many other bands but are searching for members interested in combining those sounds with their own inspiration to create a unique experience.

Above is a cover of Type O Negative’s “Everything Dies” that we reworked to incorporate these inspirations. The intent is not to be exactly this, but to show our current thought process, and to work through the ideas in advance of having this new band.

Here’s a little about what we accomplished in IKILLYA.

Over the past 12 years IKILLYA was signed to Urban Yeti records, released 3 albums, toured the US and UK, received considerable airplay on SiriusXM Liquid Metal and on college stations across the country and were honored by press such as the following:
“The New York-based thrash/groove metal quartet more than live up to their rep for relentless aggression on WAR FOR AN IDEA, but never at the expense of finesse. IKILLYA approach the weird bits that ultimately make their third album more than a mere collection of killer songs with just as much restraint and consideration…” – 8/10 Decibel Magazine
“Their most ferocious release…this is more than just an album. It’s a confrontational demand for sanity in a world that has lost its mind.” – 4.3/5 SkullsNBones
“One of the most furious, yet focused releases of 2017. One of the must own records of 2017” – Ghost Cult Magazine
“New York’s sonic equivalent to Lamb of God” – Metalinsider
“IKILLYA might possibly be the best metal band to have emerged from the gutters of New York City since Anthrax” – Planetmosh
“This NYC crew lays down groove-laden, hardcore influenced metal with authority” – Revolver
“New York’s own kings of thrashy, groove-laden, no bullsh*t, heavy fu*kin metal” – Metalsucks
“Vulgar Display of Power levels of great and important” – Dizzy Draztik, Ex-Murderdolls