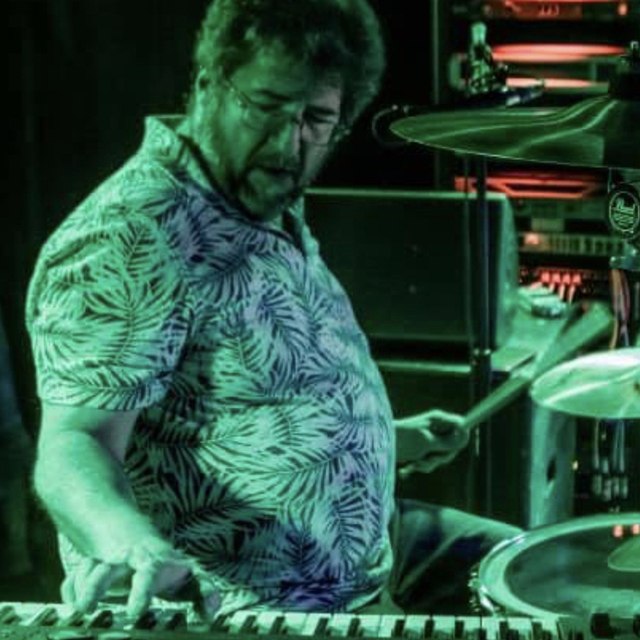 have gig will travel
Started playing music at 11 in parents country band, now playing over 50 years in the music business
As a seasoned veteran now in the music industry at an age where less is more
becomes more critical when playing

Study that Berkeley College of music in the late 70s well ,as school was an all jazz school ,the passion was country music with a little bit of rock & roll.

As a singing drummer that toured on the road at an early age playing venues across the countryside with bands from a (3) piece to an (11) piece band ,also worked with numerous local great NE bands from top 40 to Bluegrass,
As in much demand over the years worked more than 300 gigs a year.
As a singer the ability to sing lead and give instant harmony with a 2 1/2 octave range was essential in any vocal harmony situation live or in recording sessions .

In early 80s released a 45 mixed and recorded in Nashville titled “Texas Bar in Houston” and “Honky Tonk Man” spent years in Nashville promoting and worked in Nashville clubs like
Nashville Palace ,The Ryman AuditoriumStockyard Restaurant ,Tootsies Orchid Lounge, and other situations and venues with various friends, musicians and local bands and in the 90’s created and produced the bands first Christmas album called “ Christmas at the Rawhide” featuring the Midnight Rodeo Band

In the past working with other bands
and openers for acts like Brenda-lee, Tammy Wynette, Jo Dee Messina,
Little Anthony ,Chuck Berry ,Jay Black,Roy Orbison, Charlie Daniels ,The Statler Brothers ,George Strait, Don Williams, Hank Williams Jr lll, Johnny Cash, Willie Nelson, Loretta Lynn, George Jones & LeAnn Rimes and an Elvis Tribute Band just to name a few and to many to mention
Also played as a session player and backup singer in Nashville & Boston
doing recordings for all types of local bands that didn’t have solid musicians at the time.

Now playing Drums, Singing and the addition of Keyboards simultaneously to a live situation started out as a filler of enhancing a band’s sound for a three piece situation that turned into a something that adds a new dimension of sound for the standard band and unusual to see.......yet it works ..
As an article in the Boston Herald by columnist Fred Robertson stated in 1991 “He sounds like (5) guys on stage “

Originally from Massachusetts, moved to Rhode Island 10 years ago and continued to work and gig with different situations, unless “ Family Guy or South Park is on tv that night “
Now still giging most nights and still carrying way too much equipment looking to further creating a booking agency for Rhode Island local bands with music venues and recordings
Email. jcuttaro@gmail.com

Love to put together a kick ass Country Rock Band