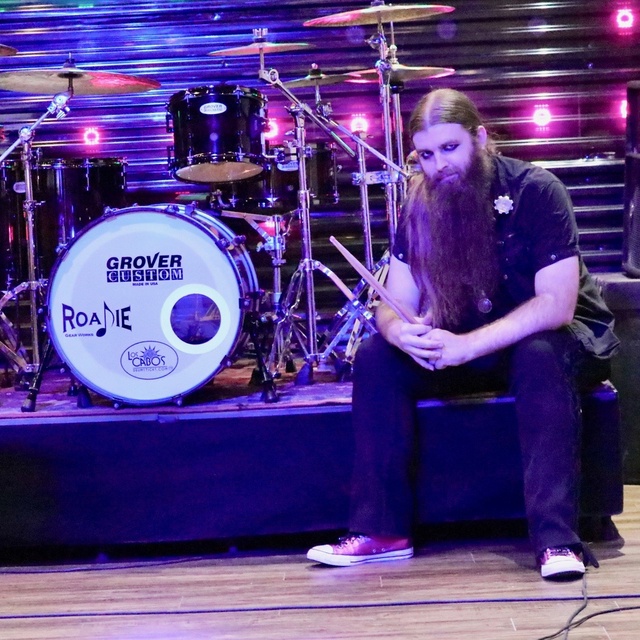 J-DOG is an independent professional drummer, percussionist, tech, and instructor based out of south Phoenix, Arizona. Mostly known for his involvement in the Christian music industry, his previous affiliations include regional and national artists Bridgette Hammers, Brian Reith, Icon For Hire, Phil Wickham, J.J. Heller, and over 250 different mega churches and ministries in the United States. Peers in the mainstream and Christian music industry often describe J-Dog’s playing style as resembling the pop/rock, and alternative rock elements of Breaking Benjamin, P.O.D., Coldplay, Evanescence, and In This Moment.

His musical experiences have also included touring through 28 states and performing in various music festivals and venues such as the Miami Music Festival, East Central University, University of North Texas, Six Flags, SXSW, and Ichthus, giving him his playing credentials and recognition among various artists. All recordings featuring J-DOG have aired on over 400 different radio stations and Internet radio stations worldwide, and has been on featured sound tracks for JCTV, various MTV shows, Southern Gothic Productions, and Shudder16.

When he’s not traveling or on tour, J-Dog works as a studio drummer for Pyramix Studios in North Phoenix, and is working toward his Associates Degree in recording Studio Technology at Central Arizona College.