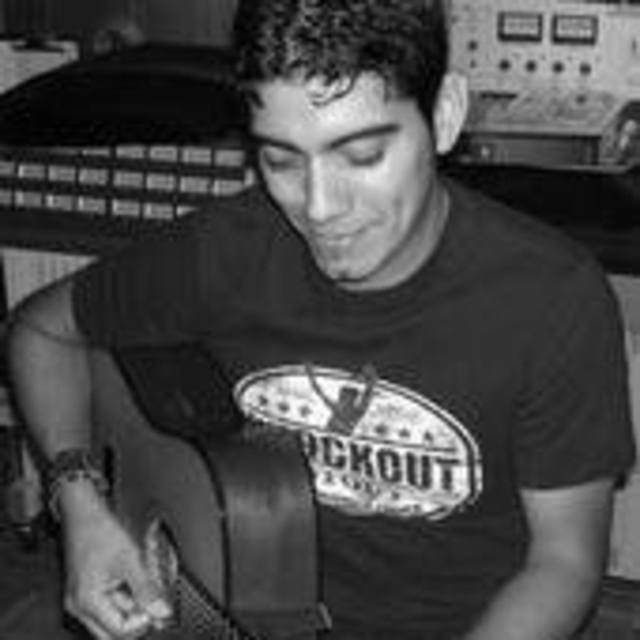 A graduate of New World School of the Arts in Miami, FL & Musicians Institute in Hollywood, CA, Jeff Maldonado is a well seasoned guitarist who has been a prominent force in the South Florida music scene for the past decade. First and foremost, he has dedicated most of his efforts and energies in creating and developing his own original music projects- most notably with his acoustic duo "The Providence", and pop-rock band "The American Poets", which were both co-founded with his wife, Christine Maldonado. Their music landed them a showcase performance at the world famous "Bluebird Cafe" in Nashville and were also spotlighted at "B.B. Kings" Blues Club in Memphis. To date, both "The Providence" and "The American Poets" have successfully sold in excess of 6,000 units. Performing for audiences all over Florida and points beyond, Jeff has built a name for himself as a skilled guitarist, tone rich vocalist, and crafty songwriter. During a performance in 2005, Jeff was approached by a member of Julio Iglesias Jr.'s production team and was asked to be a part of his live touring band to support his latest release. Jeff accepted the offer and toured with Julio Jr. and also appeared with him on several nationally and internationally televised Latin programs including "La Mananita", "Despierta America", "Sabado Gigante", and the Latin music pop charts show, "La Cartelera Pepsi". Jeff also appeared in a featured article with Julio Jr. in the nationally read Latin entertainment magazine "Cristina". Subsequently, through the exposure he obtained from these various appearances, he was then hired to perform with Latin music pop star, Talia, for a special taping of "La Cartelera Pepsi". In 2006 Jeff returned to his original music, and recorded a CD with his band The American Poets entitled "Light of Life", which was released Summer of 2007 to rave reviews in such South Florida publications as Sun Sentinel and New Times. Jeff's influences run the full spectrum of styles and genres. His ability to adapt and transform himself to fit any musical shape and structure is one of the more appealing aspects of his musicianship. Jeff's dedication and passion for every project, combined with his unwavering attention to detail has earned him the respect and recognition of his peers and fellow industry professionals.-----
Jeff also performed with Sampedro, a Latin pop artist from Elche, Spain. Jeff's current band, House Of Peace, is a Christian Praise & Worship Rock Band signed to Capitol Records whose debut 2015 release "Into The Great Unknown" is available on iTunes and also in major brick & mortar retailers nationwide. For more info on House Of Peace visit .houseofpeaceband or ./houseofpeacemusic.

Anything and everything great!