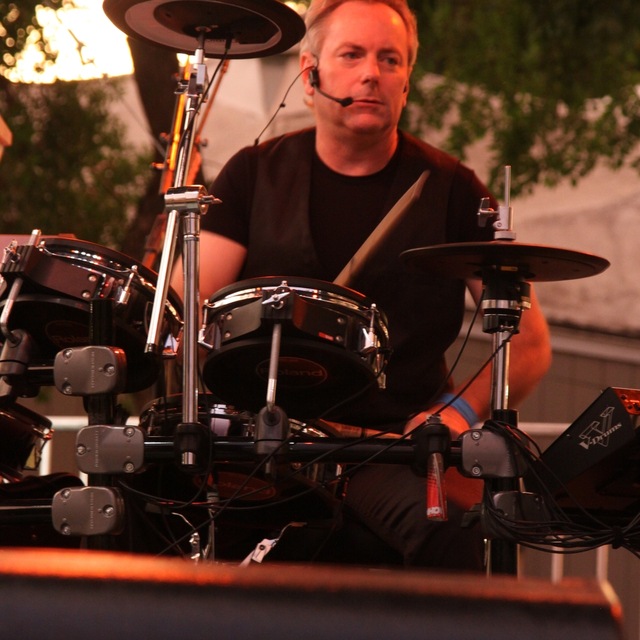 My first taste of music was when my mom got me to take piano lessons for a couple of years when I was in early elementary school in MI. In junior high and high school, in TN, I played trumpet until I got braces when I was 16. The braces made it difficult to play, so I switched to drums because the chicks dug the drummers. In my last 2 years of high school, I played drums in my first classic rock band. Well, back then it was current rock; now it's classic. I didn't play much during college, but once I got out, I was playing drums in various bands all thru the late 80s and early 90s in AL. It was here I played a bunch with fellow BandMix musician, James Szulc. Thru the late 90s and early 2000s, in NV, I played in an original rock band. Now, I've made the big switch to country. Never thought I'd say that, but it is a lot of fun. My current band is Nevada 445.

All the typical drummers everyone says from classic rock.

I currently play Roland V-drums. I love 'em. I also play a Tama acoustic set. I like Vic Firth sticks and DW hardware.