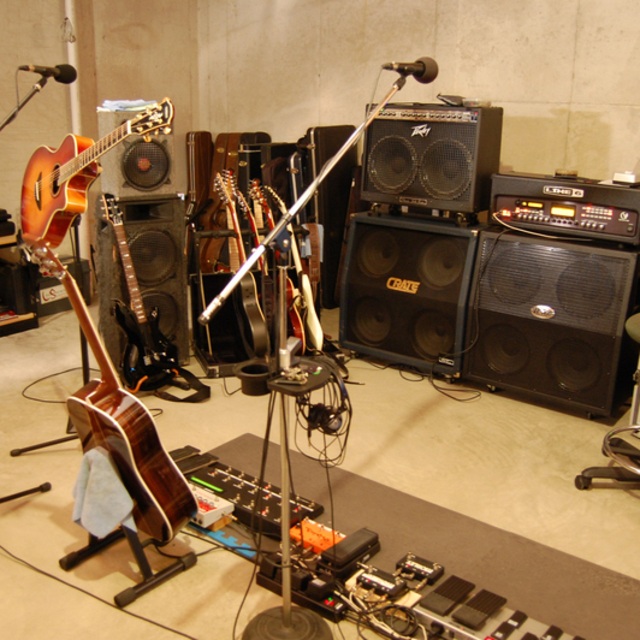 Have been playing for over 35 years (off and on as life allowed). Played in several roadhouse bands many years ago. Even did a short stint as opening act for Black Oak Arkansas. I havent played out for 15 or so years and several recent attempts at new bands have developed nothing. I'm very serious about playing and getting out together with the right group of people playing very tight exciting music. I'm open to many styles from Metal to Southern Rock and some tasty Blues. Can handle some lead very well and I like to project my style of playing even while doing covers. Friends and Family are now trying to get me back out and playing. I am willing to attempt any genre but better suited for straight up rock, the sample mp3 is "The wind goes..." written and recording in one night in 1994. It was done with several guitars, a guitar synth and a lame drum track from a DR505 to a 4 track anaog Fostex machine, my playing has improved since.guitarguy63366 at dot com

A multitude of influences and if you play guitar you know who they are. Curently listening to bands like Chevelle, CAVO, Sick Puppies... But also love Allman Brothers, Rory Gallager, Journey (pre S Perry)...I grew up on old Grand Funk, Kansas and James Gang, Bugie, Montrose and CSNY. Black Crows, BuckCherry, Backfoot, and even current bands like Avenged Seven Fold, Seether, Shinedown and Staind. Tool and Pink Floyd... and the list goes on an on...

Way too much, I'm a tone slut. First rig is a L6 Vetta II and B-52 4x12, second rig is a GSP2101 to a Marshall monoblock head to an old Crate Blue Voodoo 4x12, and third rig is a Peavey Classic 2x12 120w tube combo. I have a Martin HD35, two old Yamaha APX 6 &12 Str Acoustics (stereo outs), Les Paul Traditional, Jackson USA Solist Custom, Ibanez 560, Line 6 Variax, OLP double neck 6/12, mandolin, banjo, dulcimer, and a couple of other things I can't remember.. I have basement space for practice, a DAW using Sonar 7 and Presonus I/O.