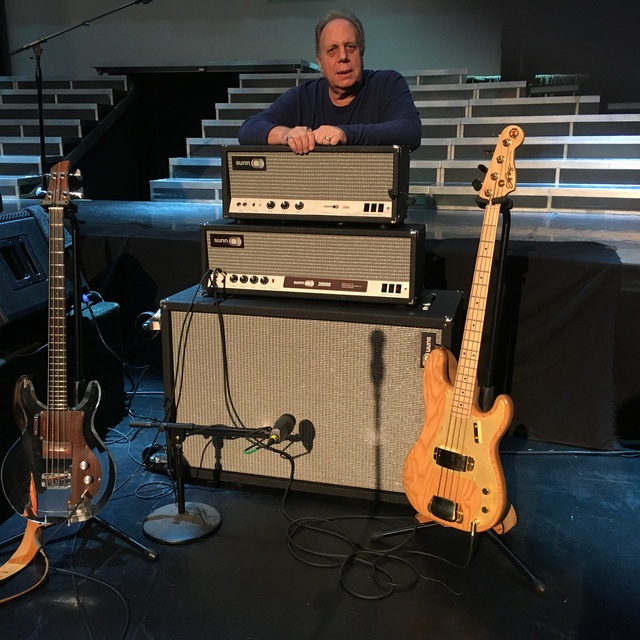 A native NYC kid from Manhattan, I learned by playing in on-stage projects with a lot of talented people from the Ronnettes to Elliott Randall, Billy Joel, Chubby Checker and many others. In the late 1960s, developed the world's first '50s parody band, Ricky And The Rockets, touring nationally until 1980. Got back with Chubby in 2015 for a national tour with a great group of Philly-area players. Presently looking for a working local band of responsible players. I don't need a lot of money or virtuoso players, just competent musicians and vocalists who work well together professionally. Reach me at seven 1 seven nine 1 seven three six 7 zero or jefftroy at A O L dot co m

Anyone and everyone with talent. I'm a bass player/singer (first voice you hear on the track is mine), and my favorite bassists are my longtime friend the late Tim Bogert (Vanilla Fudge, Cactus, Beck, Bogert & Appice), Felix Pappalardi (Mountain) and Jack Bruce. I love '50s fun and good classic '60s, but play plenty of newer material as well.

Primary bass is 1969 first edition Dan Armstrong. Others are fretted and fretless handbuilt P-Basses. Depending on venue, bass amps are Sunn 2000S with one or two 2x15 Sunn 2000s cabinets or a Sunn 415m cabinet, Sunn 200S with one 2x15 Sunn 200S cabinet or one 1x15 Sunn 115S cabinet. Reliable transportation, drug-and-alcohol-free. I'm on time and I come prepared.