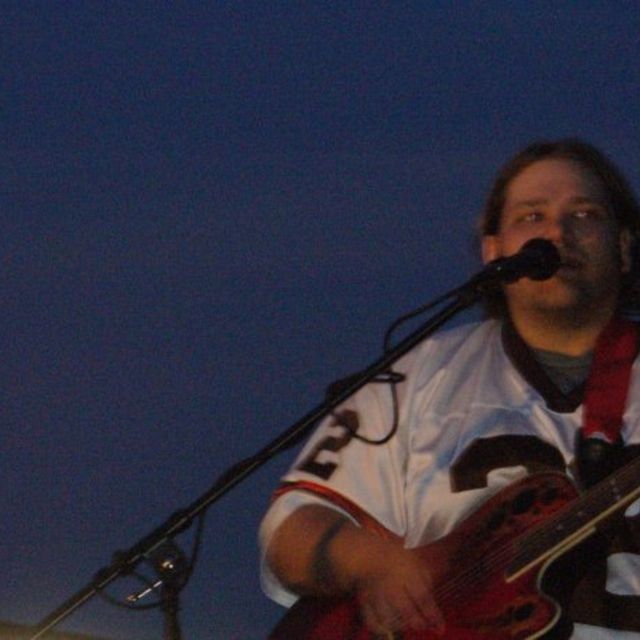 Been playing drums since the age of 8 and taught myself how to play guitar in high school so I could write my own songs. I played in every school related band offered, and continued playing in jazz ensemble and pep band through college. I was also involved in choral arts in college, and took two semesters of music theory, piano, and music sight-reading. I am also an experienced sound engineer and co-own a project recording studio with a friend. Currently I am one half of The Lunchadors, who are probably the greatest band of all time. Look us up on . I just like to jam and have a good time, and I never take myself too seriously.

Rush, Led Zeppelin, Pearl Jam, The Who, Jimi Hendrix, Stone Temple Pilots and Sublime are just a few of my influences, but I am a fan of music in general. My playlists vary from Aaron Copeland to Dr Dre, and everything in-between. Not a big fan of pop or most new country though. Basically if it is well written, executed, recorded and engineered I will probably really like it.

I play a set of early 1980's Ludwig Rockers (poplar with maple inner veneer) which I have restored. Sabian AAX and Paragon cymbals (Neil Peart signature) and also a Wuhan china (cheap but I love the trashy sound). Aquarian studio heads on the toms, Super Kick II on the batter side of the kick with an Evans EQ3 on the resonant side. Cannon single-ply heads on the batter side of the toms. Remo coated Ambassador on the snare batter side and Remo snare side head as well. I prefer Vic Firth SD1 General maple drumsticks (easy on the wrists) but also play ProMark 7A hickory for quiet gigs (jazz/acoustic). As far as guitars I have an Alvarez acoustic/electric with Elixir strings, an Epiphone Les Paul standard with Ernie Ball medium strings, a chinese made Gibson Les Paul Custom (plays and sounds like an Epiphone), an Ibanez bass with active pickups, a Vox VT20+ and a Peavey Express 112, which is heavy, sounds terrible, but is so loud that it would wake the dead. I also have a ton of recording gear including tube mic preamps, ADAT machines, patchbay, Alesis hard disk recorders, a Mackie 32-8 board with meter bridge, some outboard processing gear, Shure SM58's Beta58's, SM57's, AKG Perception 200, CAD Trion mic, Studio Projects large diaphram condensor, AKG D112, CAD drum mic kit, and too many cables, adapters, gender-benders and other stuff to mention. I know I have forgotten some stuff here...