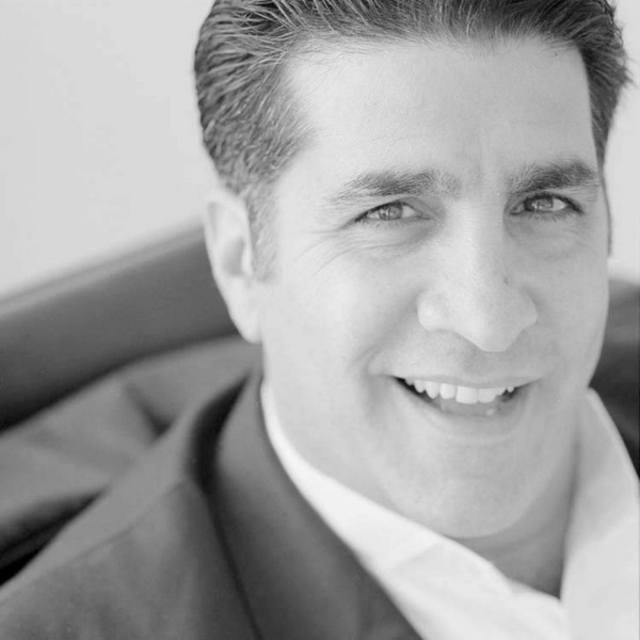 In another time and place, Jerry Costanzo wouldn’t be interpreting the Great American Songbook. It’s likely he’d be conceiving it. Midwest Record deemed the luminous vocalist and bandleader “A cat that knows how to swing it and grab the Vegas vibe that most of us never were old enough to experience,” while Jazz raved, “As all great singers do, he tells a story.” Raised in a musical family, Costanzo’s musical stencil was etched with the likes of Sinatra, Sammy, Dino, Perry Como, Count Basie, Mel Torme, Jerry Vale and Nat King Cole. He was playing saxophone by third grade, and developed chops as a performer studying acting at New York’s Herbert Berghof Studio. A stint as personal aid and chauffeur for Al Pacino further apprised Costanzo to the arts, before he joined his father Joseph’s big band, The Memories Of Swing, first on sax and then as the outfit’s lead vocalist. While well into his 30s before the New Yorker recognized his calling card—bringing his musical idols back to life—Costanzo is making up for lost time. Today, the man behind the mic is a full-time troubadour and bandleader, surrounded by a Who’s Who of the jazz world. In 2008, his debut full-length album “Destination Moon,” produced by Andy Farber and accompanied by Farber & his Swing Mavens octet, served up a dozen swigin` classics, “Moon” earned Costanzo a dedicated live following, with gigs including the Annual Sinatra Birthday Bash at The Count Basie Theatre in Red Bank, N.J., Lincoln Centers Mid Summer Night Swing, New York’s Metropolitan Room, Feinstein’s at The Loews Regency and Waldorf Astoria, the Long Island, N.Y., Tilles Center for the Performing Arts, Hofstra University’s Artie Shaw Centennial Concert and dozens of concert series, festivals and private posh gigs up and down the East Coast. Costanzo’s follow-up disc, “Can’t We Be Friends”—released on Daywood Drive Records and executive/co-produced by Costanzo with acclaimed vocalist and composer Kevin Fitzgerald Burke—raises the torch to fever pitch, featuring a five-piece rhythm section, that again pays homage to musical heroes who painted the original brush strokes on American standards, with a vibe he describes as “George Shearing meets The Nat King Cole Trio meets Milt Jackson.” In an interview with All About Jazz, Costanzo was asked to conjure his dream band. He joked, “They’re all dead. I wish I’d have been in my prime in the ‘30s, ‘40s and ‘50s.”No doubt, those who have influenced the music of Jerry Costanzo would offer a collective thumbs up for skillfully preserving their legacy. He is indeed breathing new life into a venerable chapter of America’s songbook.