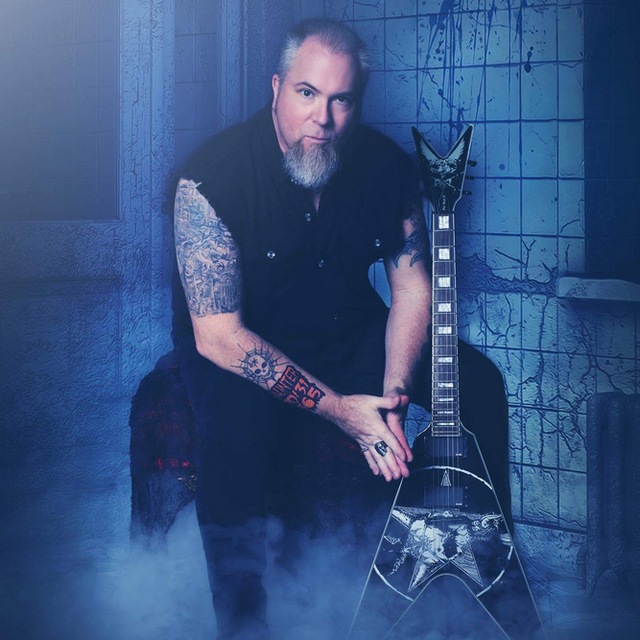 I've been playing since I was 13. Originally as a drummer then switched over to guitar. Started playing in original bands in High school as well as cover bands. Played around all the clubs in San Diego and a few bands got regular airplay on the radio in the early 90's. One original band, Foxy Roxx, toured the states as well as releasing 2 cd's and a home video that was reviewed in major publications overseas. Played in several classic rock bands as well as "CC DeVille" in the first Official Poison tribute band "Poison'd" (1997-2001) as well as "Angus Young" in the AC/DC tribute bands "Thunder Struck (later to become Flick Of The Switch") and "Sin City" in Las Vegas.

Played in the major clubs of Las Vegas from 2012-2016 with the bands Outta The Black, Cyanide, Smashing Alice and Obstructed View.

Started recording original instrumental music (aka "Haunt-=Strumetal") in 2008 for the Haunted Attraction industry and released 7 CD's, 3 Ep's, 6 custom tracks for haunted attractions as well as being included on Midnight Syndicate's "The Dead Matter" official soundstrack which one the 2011 Golden Cob Award for "Best Movie Soundtrack". Working on music for horror films as well.

Recently moved to the Columbus Ohio area in 2016.

Former bassist for Seven For Eden from July-October 2018.

Currently putting together a cover band playing 90s to current alternative metal along the lines of the blitz playlist.

Recording an all original metal album. Playing all instruments as well as backing vocals. Vocalist currently lives in Missouri and should begin recording vocals in late March for a summer release and shop to independent labels.

Music sample is one of the tracks from the album.