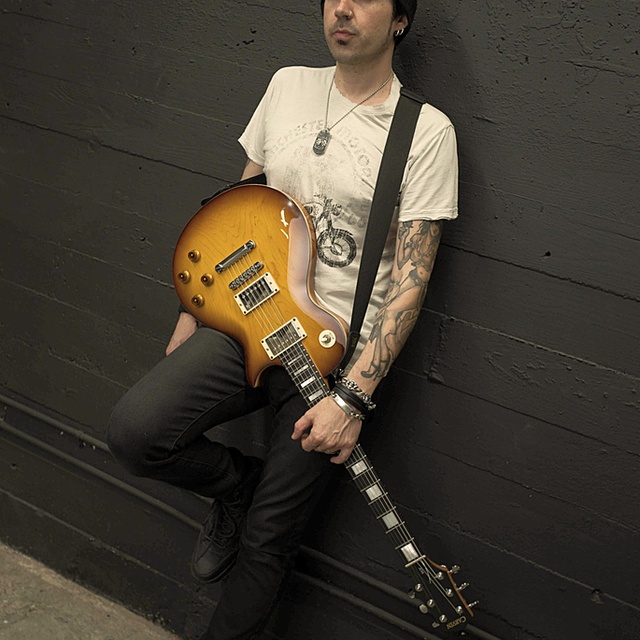 Jess P. Tzimas is a hard rock/metal shred guitarist based in Los Angeles. Over the years he has developed his own unique style and tone, using his custom made guitars by Carvin/Kiesel.
Born in Athens, Greece, at 13 he began studying classical guitar and couple of years later started electric guitar which is his passion.
In 2002 Jess “Troublemakers”, a well known rock band in Greece, playing all over the country at big festivals, famous clubs and live big stages. From 2005 to 2010 “Troublemakers” combined with the Philharmonic Orchestra of Ioannina and later with Philharmonic Orchestra of Thessaloniki, performing a number of Rock concerts in the big cities. Also, the band played in many festivals in Greece, supporting famous bands and artists including Glenn Hughes (2005), Whitesnake (2006), Dokken (2007), Dr Feelwood (2008), Winger (2009), Over the Rainbow (2009-2010) and Scorpions (2010) with 12.000 people audience.
Highlights of his career are the co-operation and live show with Kip Winger (Winger) in 2007.
In 2011 he was awarded the prestigious ESP guitar Scholarship in M.I (Musicians Institute of Hollywood) and he graduated from the G.I.T AA program in 2012.
He is the founder member of the original hard rock band "Chrome Public" based in Los Angeles. The band released a debut EP in July 2014, and their latest single and its video "Fall Prey". More details about the band here: s://./chromepublicband/?fref=ts
please visit my official website ://.jessptzimas/

for more info and songs please visit my website
http://www.jessptzimas.com/