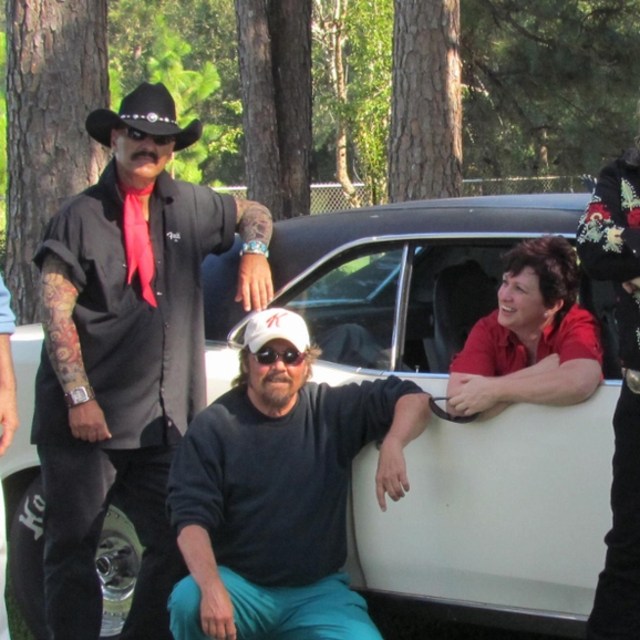 We are a Show Band which consist of an Hour and 40 min 2 act show. We play White Trash Country and West Texas Honky Tonk. We change costumes twice . The costumes are furnished by the Band. They are simular to the Old Porter Wagoner , Buck Owens, Marty Stewart Rhinestone Nudie Suits. This is a large Production with multiple backdrops and Stage props. Very Fun to play this gig! I have been playing in show bands for Thirty years. We are all professional Musicians. We Don't Drink Or do drugs . We would love to have a Steal or fiddle player.

We all have played multiple Geners of music over the years. This Show is influenced by Dwight Yokam, Kevin Fowler, Justin Moore , Kip Moore, Jessie James Dupree, Brooks and Dunn , Brad Paisley,etc