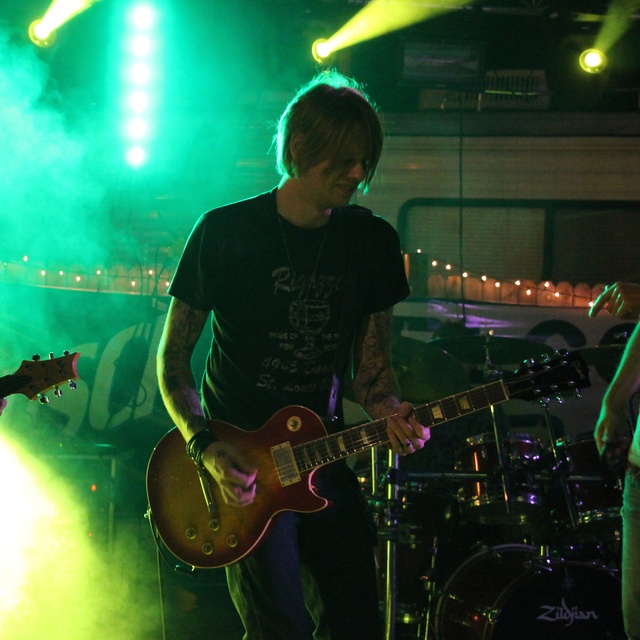 Jason had no idea the road he was heading down upon picking up his first guitar at age 11, and all the amazing experiences that he would have as a result. “Playing guitar has been a part of my life for so long, it's hard to remember what it was like before!”

Spending most of his high school day's soaking up as much music as he could and diving into guitar legends like Eddie Van Halen, Slash, Stevie Ray Vaughn, and his all time favorite Jimmy Page, it became clear that the guitar was going to be more than just a hobby. At age 18 Jason joined his first working band and officially began his music career.

Through the years Jason has performed numerous shows, singing and playing guitar all across the midwest for thousands of people and has co-written songs with Nashville recording artist Andy Gibson. He's had the opportunity to open for all kinds of headlining acts ranging from Rascal Flatts, Lee Ann Womack and Sawyer Brown to Joan Jett, The Outlaws and Fools For Rowan. Fools For Rowan's lead singer Erin Mullins has this to say about Jason. “Some of the best times I've ever had on stage is when I had the opportunity to share it with Jason! His energy and passion for music are seriously contagious and he's an amazingly gifted entertainer. You almost can't help but get lost in the music when he's playing it”.

Whether it's rock, country or pop. Playing guitar or singing, being on the main stage in front of thousands, on a stool doing an acoustic show or even being part of the praise band Sunday morning, Jason's able to feel at home on almost any stage. “I'm just very fortunate and thankful that I'm able to do something that I love doing!”

Enough to cover any situation