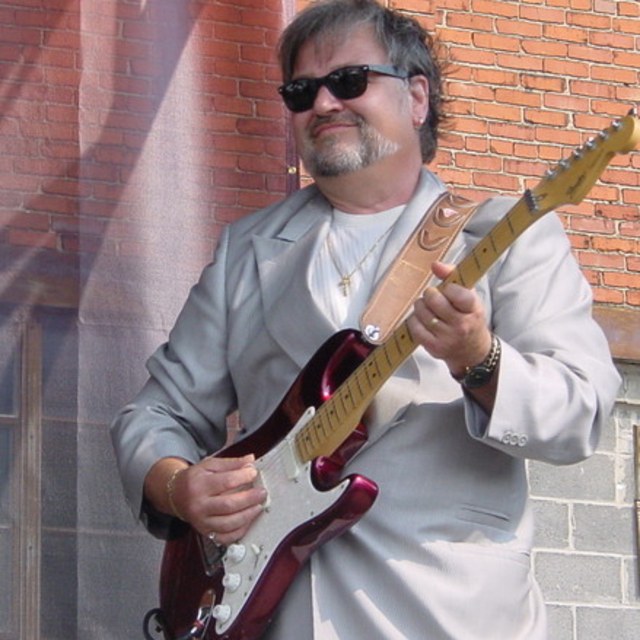 Jimi Cupino is a versatile lead guitarist who puts his own signature on every note he plays. A native of Frederick, Maryland, Jimi has been playing professionally since age 15. With a love and commitment to American roots music that began as a kid, Jimi has immersed himself in the classics of country, folk, rock, and blues. Over the years, Jimi has shared the stage with Duke Robillard, Ernie Hawkins, John Cephus, Wallace Coleman, Townsend /Toler, Conway Twitty, Bill Anderson, Johnny Paycheck, and Mel Street.

In a career that spans nearly four decades, Jimi has played lead guitar in several successful bands including The Jimi Cupino Project, The Dangerous Poets, Ronnie Ray and The Coolers, Jeannie C and the Country Caravan, Dakota, and the popular southern rock trio Dangerous Dan & the Moondog Band. Jimi's more notable accomplishments include a performance at President Jimmy Carter`s inauguration.

In 1996, Jimi appeared at Hagerstown's Maryland Theatre and played lead guitar for "Always," the successful tribute to Patsy Cline. He has worked as a studio guitarist in Baltimore on a number of projects, and appeared on several CDs including a solo folk/country album entitled "Songs My Momma Likes to Hear," and Ronnie Ray and the Coolers debut CD, "LIVE at Cactus Flats" and the follow up CD "live in the Street"