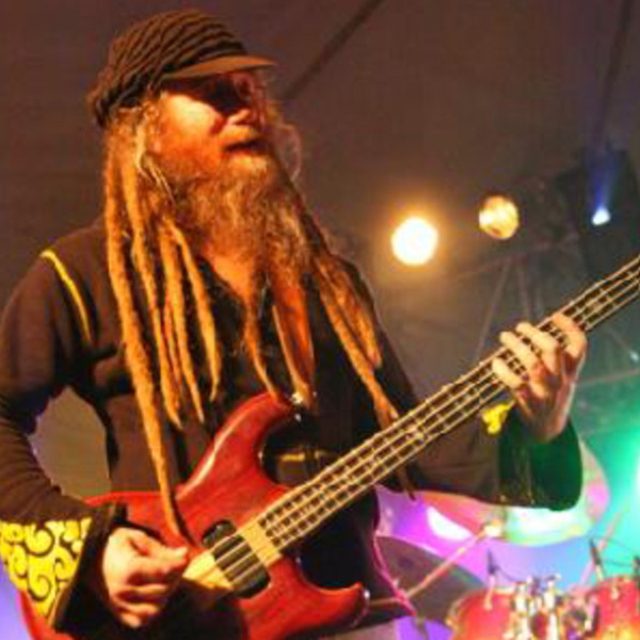 My group is a Grateful Dead Tribute Band (.theschwag). We have been playing for over 18 years and developed a nice following with a cool network of clubs and theaters to play regular. I also own Camp Zoe (.campzoe) in Missouri. We produce large music festivals several times a year that my band also headlines (drawing 3000 to 6000 people per event). This band has played over 2000 shows since I started it. We have a really nice weekly house gig on Tuesdays in St. Louis. I currently also play bass with Melvin Seals & JGB when not playing with the Grateful Dead Tribute band.
--------------------------------------

Recent Video of the band playing at Camp Zoe on 9/09 :

Occasional band members in the past have included :

Previous regular band members in the past included :