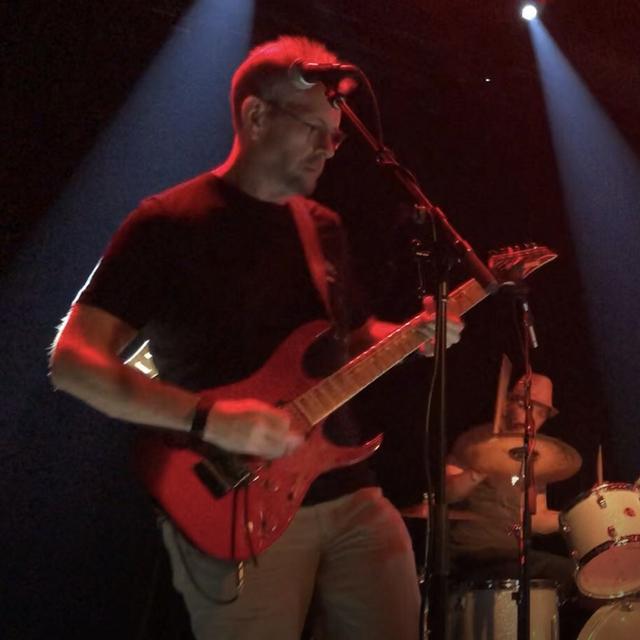 What am I looking for? Good question. A band is about the best short answer I can give.

What style? That's always the next question. I'm not looking for a particular style. I'd like to find musicians who like to write and have a strong sense of who they are.

Back to style...what do you like to play? What do you like to hear? I have preferences, I have influences, I go in and out of listening to specific genres. You do too. Some will be similar to mine, many will not be. (side note, I was one compared to a guitarist I'd never heard of - life is strange sometimes)

I've self-released 3 songs for which I wrote everything and either played or programmed everything (except the drums on Eye of the Storm). I have four mostly baked demos and a handful of riffs that I visit from time-to-time to see if that want to be something other than a vague idea. I hesitated posting them because that is just what comes out when I'm left to my own devices.

If the band like them, great. If the band wants to do other stuff, that's great too. The band will set the direction and the sound.

If any of that made any sense to you, you may be the player I'm looking for and I may be the same for you. What's left is to meet, discuss music and life and see if there could be a working relationship.

Influences are tricky since there are so many. Listen to the songs I have linked for some reference, but for those who like lists:

For guitar mainly: Page, Lifeson, Rhodes but there are so many more
Music in general? It depends on the moment anymore. Grew up with classic rock and metal (Zep, Floyd, Rush, Yes, Priest, Maiden, some of the "hair" stuff. I was really into Metallica until St. Anger - yes, I stayed with them though the Load era. I don't think I've ever hear an Alice in Chains song I didn't like - only Zep shares that distinction. I can listen to Santana Lotus for hours. Occasionally other things come in and out. I got into Megadeth late (after I got bored with Metallica) - I waited way to long to find them.

So I guess I tend to stay fairly heavy and fairly fast but the Zep and Rush influences come into play a lot, particularly with riff creation and chord voicing.