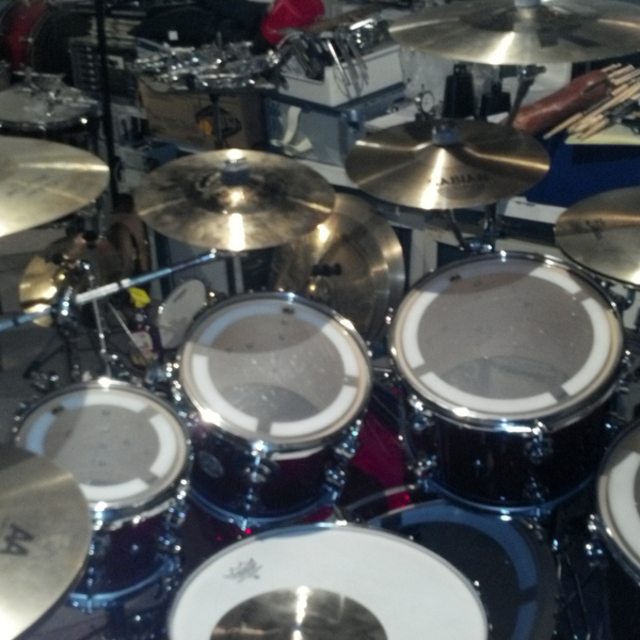 I’m a drummer and have been playing for 40 years but too a 10 year break from playing-out to raise a family. During this time I opened a recording studio and learned the art of recording as well as worked part time in a commercial studio called DDMI for two years. I have recorded and played on many CD’s as well as had to step in as producer because of the bands lack of direction.

My influences are almost a photo copy of millions of other drummers..
Beatles (Ringo) Led Zeppelin (Bonham) my first band played Zepp note for note and we continued that into adulthood. We then discovered Fusion which is my passion (Return to Forever)(Jeff Beck) The Dreg’s kind of stuff but I don’t get a chance to play that out much.. doh!!
I have played in 80’s rock bands and took the 90’s off so I never got into the hair bands but I can play the music. I think my talent is being able to feel the music and put my spin on the groove and being able to fill in the spaces so that it doesn’t take away from the music but adds dynamics and accents to it.
A couple years ago I played as kind of the house drummer at Walter Paytons Round house for the open mic night for act that didn’t have a band. It was great playing all kinds of music some I would never have thought I could do with a straight face.. It was a great experience to get my adaptive muscles back in shape.

1) Performance Set: 7 Pc DW Collectors series with countless Sabian and Zildjian cymbals.. (what can I say I love them)
2) Recording Kit: 5 to 7 Pc Sleishman (several cymbals)
3) Practice Kit: (That I would leave at the rehearsal studio): 6 Pc PDP birch sounds almost as nice as my DW’s.
4) Expanded Roland V Kit with 0ne TD-20 and two TD-10 brains.
5) I’m also learn the MIDIKAT .
6) I have a couple experimental sets that I use for trying new ideas out.. one is a 80’s TAMA with large and small Roto Toms
7) Old Ludwig that I grew up playing (Ringo Star set)
8) I love using 20” and 22” large Ludwig concert toms as Gong Drums and most of my kits use one.
9) Ludwig 28” Timpani