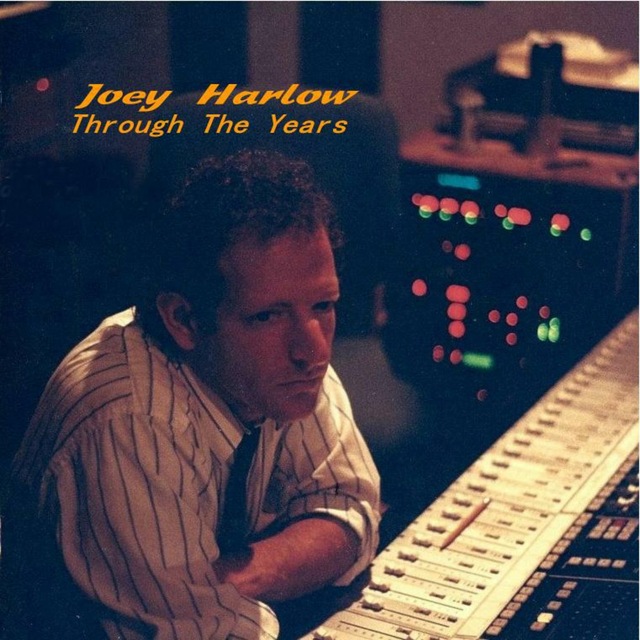 ONLY WORKING BANDS NEED INQUIRE.
Joey Harlow began at the early age of 7 playing talent shows and in his teens
played in wedding bands. By age 20 he joined his first rock & roll group, traveled
with nationally known groups such as CJ & Co. 1977 (Atlantic records), Ambrosia,
1979 (Biggest Part Of Me tour) and keyboardist on Madonna's 'Blonde Ambition' tour 1990.

He's recorded in California, Florida, Nashville, Memphis, however, most
of his studio work was done in his hometown popularly known as Motown.
After touring for many years, recognition finally came in the form of world-wide airplay on such major television shows as, 'The Pickup Artist'

(TNT networks).
Two orchestral tracks from Joey's catalog have been placed as background music for the show
'So You Think You Can Dance'. (CBS)

2009 Co-Starred in the first ever vampire Rock Opera / film,

"ONE KISS, ONE BITE"
as sex slave to Vicki, the Vampire Diva.
./watch?v=AyQaDIDjiOk


Even before the late-album cover remake of "Runaround Sue," there's a very strong undercurrent of nostalgia to Mad About You, the debut release from The Joey Harlow Project. A scattered brand of nostalgia, for sure – some early 90's pop here, some latter-day country there, a touch of dance and a smattering of show tunes for flavor – but a definite sense that Harlow and Co. pine for someone, or something, or some time, even if the question of who, what or when they miss is never totally answered.

Take, for example, the track "Time," with its vague, simultaneous nods to mid-period Joe Jackson and, to a lesser degree, Huey Lewis and the News(although Huey and the boys never came close to matching the track's scorcher of a guitar clinic). Harlow's detached, stream-of-consciousness vocals lend an air of cool that wouldn't be out of place in a late 1980s New York City montage, but the start-stop drum fills after the chorus hint at a flair for progress Harlow either doesn't know he possesses or doesn't care he can use.

Elsewhere, "Must Be Love" makes Harlow's most blatant stab at pop-rock, with acoustic guitars bouncing underneath the giddy, BoDeans-esque verses complemented by the kind of lead guitar melody that would make Tom Petty proud. Harlow's rock tracks all show promise, but sitting alongside overt dance tunes like "She's Got What It Takes" and uplifting pop-lite along the lines of the antithetic "Things Will Improve" makes it hard for Joey Harlow the songwriter to not to be overshadowed by Joey Harlow the producer.

Interestingly, the disc's strongest track is also its most unexpected: "Fallin' Star," a slow, moving country number retelling the tale of a cowboy reaching for his last chance at the big time at karaoke night. Sandwiched between the synth-boosted pop of "Living Without You" and the slightly Latin-flavored beat dance beats of "She's Got What It Takes," Harlow's ode to a nobody's dreams acts less as a detour and more of an emergency brake, considering the rest of the disc comes nowhere near "Fallin' Star" in either style or in execution. Whether this was intentional or not may never be known, but whatever the case it's hard not to stop and take notice.

As a cohesive body of work, Mad About You finds itself caught between its style changes and arrangements too often to stand as a unified body, but as a showcase for Harlow's talents and comfort across a wealth genres, the disc shines. Over the course of the album's twelve tracks, Harlow covers a lot of ground and shows off a lot of promise; somewhere in there lies his true calling.

Recommended Tracks: "LIVING WITHOUT YOU " doesn't just tell a story but actually brings its main character to life; the winding, almost brilliant piano lines lend weight to the uplifting whimsy of
"TELL ME WHY"

?The wait is over. Joey Harlow's mantra: To put Detroit back on the map in the film industry. A crazy entertaining, and insane career as a film director, producer, musician, performer, songwriter, and music film score composer. Like no other experience EVER Joey Harlow's rise is simply a crazy roller coaster ride.