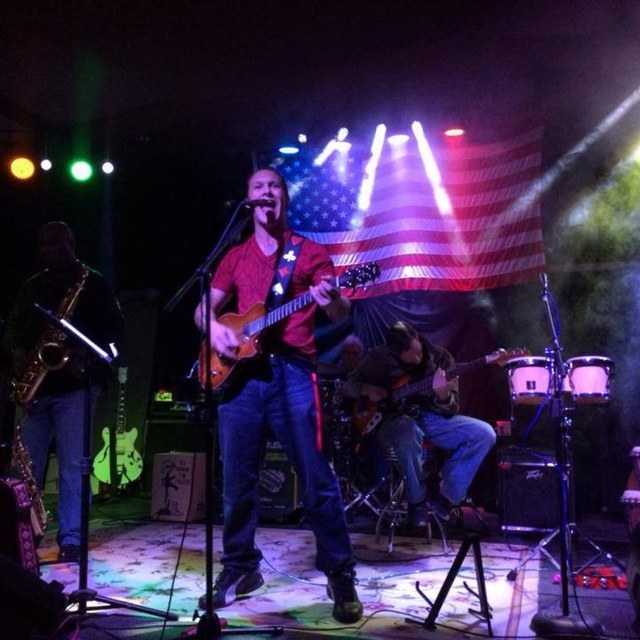 Im here looking for musicians to jam with to sharpen my skills and maybe start something up. I was the lead guitar player, rhythm guitar player and singer for my band "Truly-Throwed" in which I wrote, almost, all material including melody, rhythm guitar, lead guitar, lyrics and bass. I have played since I was 13. At 26 I was medically retired from the Marines and decided to do music full time. I pushed very hard with my band as long as I could maintaining studio after studio until I could no longer afford to do so. I have been trying to learn recording for the last 5 yrs.
I'm a family man. I have a nice area to to jam where we can practice 7 days a week!
**** little alcohol and NO HARD DRUGS TOLERATED!****
My last content was very.... very inappropriate. s:///john-kuhn-8
I would like to write more mainstream music and not into a subculture this time. I am interested in doing acoustic, country and rock, maybe open with acoustic and end with rock in the same show. I have played many blues gigs as well and Im interested in anything that sounds good. My country licks arent great... im working in them.

My father played in blue grass bands growing up. (bluegrass) I cut my teeth on SRV and really love BB King and all the old blues guys, also Kenny Wayne, Johny Lang etc... . (blues) I also grew up to Country Gold , that old stuff all the Hanks, merle haggard, (Country) I LOVE... THE DEVIL MAKES THREE ,at least the first few albums. Old Crow Medicine Show are pretty amazing. I grew up playing alternative like, Verve Pipe, Nirvana, Bush. My music was very heavy, I played Metal shows actually. I practice Corrosion of Conformity every day I have 2 of there songs Id like to cover "Albatross" and "Clean my wounds" (Rock).
I worked at House of Guitars for a few years, I had 35 students a week, I worked there right after Marzi (shout out MF!)
Im not as practiced up as Id like, I have been trying to learn production and recording the last five years and have gotten dull. Im really interested in getting back into performing, maybe starting my old band back up or something new.