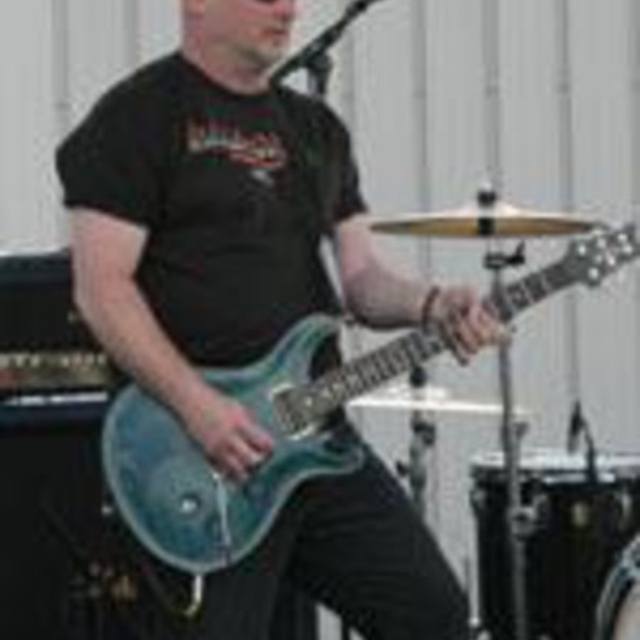 My musical journey began in Yorkville, IL at 6 years old when I learned to play the accordion. I was taught to play polkas, waltzes and the old standards. I watched American Bandstand, Shindig, Ed Sullivan, Lawrence Welk, Johnny Cash, Andy Williams, and Mitch Miller with my parents. I would sit in front of the TV and practice by playing along. I moved to Oswego for 4th through 7th grade. At age 11, I played for a huge crowd at the Illinois State Fair. That year (1964) The Beatles invaded America and from that point on I loved to play Beatles songs on my accordion and began to entertain myself by playing drums on my mom's Tupperware. In the late 60's I attended military school in Baxter, TN. playing in the Drum and Bugle Corps and was also honored to be MVP and captain of the basketball team. After my stint in miltary school, I returned to my hometown of Oswego Illinois. I bought my first guitar from a friend in 9th grade for $12.00 and taught myself how to play it. Dreaming of persuing a career in music, I traded in my accordion. I desperately wanted a Gibson ES335, but as luck would have it, the accordion could only get me a red Supro electric hollow body. In 1969, I played my first gig at the Boulder Hill Civic Center. I was paid $10. Growing up in a farming community has it's rewards. From the time I was knee high to a grasshopper I spent many days working on my Uncle Chuck's farm. My chores included feeding the buffalo, cattle and pigs, loading the manure spreaders, and going to the auctions. My salary for all this was $15.00 per week, plus a room and the best food in the county prepared by my Aunt Kay. That's when I knew I needed to quickly advance my musical career. I started the band "Oz" back in 1975. We then changed our name to "Hard Attack" in the 80's. Started touring and made a couple of records. I wrote a song about drinking and driving called "I'd like to see you again" and did a Public Service Announcement for WPWR Television, in honor of a friend who liked to party too much died after hitting a tree while driving drunk. I also worked at a recording studio duplicating Billy Graham's weekly sermons for radio stations throughout the world, did some voice-over work for television, which I love doing, and I also worked as a stage hand for the Paramount Theater on shows such as: "Annie" "Grease" "Summer Song" "Chorus Line" "The Best Little Whorehouse in Texas" "Cats" "Sha Na Na" "Loretta Lynn" and many more. I owned my own recording studio, where I produced myself and other local artists, only to lose it to a fire after few years. I finished my "I Remember" CD a few years ago, doing all the vocals, guitars, keyboard, and bass tracks myself. My friend John Lessick played bass on 2 of the songs, and Jeff Wild played the drum tracks, on my Roland TD-10 Kit. Jeff and I did all the background vocals. We mixed everything in the front room of my house with just headphones because we didn't have any reference monitors. See CURRENTLY I have been recording new material while still looking for new band mates who can play gigs locally as well as play some short tour's. Must be able to Jam on Original music as well as love the old Classic Rock, Blues, and Rockin Country as well..... MEANWHILE i have been doing some unplugged acoustic Hit songs from the 60s and 70s. along with some of my Originals So who knows whats next it should be exciting. Stay tuned

Wanted solid drummer, bass, keys and 2nd guitar player (vocals a plus) & soundman who are committed, with Pro attitude and equipment for local gigs and short tours.
Contact me at john.sleezer