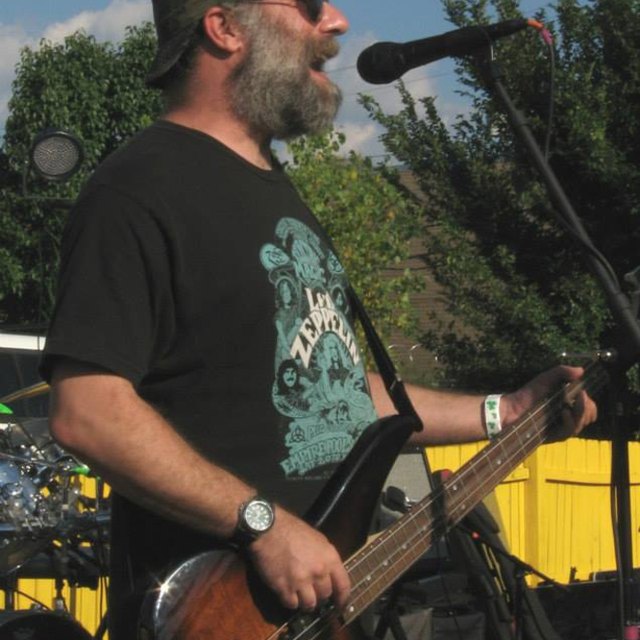 Been playing for 35 years and making money doing it for 30 years with a few breaks here and there. Studio experience. Probably up near 1000 gigs by now.

I’m a bassist by choice. I’m not a frustrated guitarist. I actually want and like to play bass. I can also do backup vox and lead vox if you want/need me to. I haven’t played seriously for a few years but I’ve always been able to get back up to speed very quickly. I already know a ton of songs and can pick up new ones fast. Natural-born sideman with no aspiration/desire to be front and center. I’ve done everything from sharing half the lead-vocal duties and all the backup vox to just standing there and playing bass. Either end of this spectrum, or anywhere in between, is cool with me.

I’d like to find a band that’s either working or well on its way. I live in Aiken but I’m willing to go with a band that’s based in a 50-mile radius or thereabouts. Prefer not to gig any enormous distances outside that radius -- no Atlanta, no Myrtle Beach, you get the idea.

I’m a straight-ahead rock guy with prog-rock influences; not into hair bands or the stuff from the early 2000s by guys who didn’t get hugged enough when they were kids. I understand that a bar band has to play the standard crowd favorites to get bookings. I personally see them as a necessary evil that justifies doing some other stuff from off the beaten path. I’ll play Skynyrd and “Every Rose” etc., and nobody will know how much I hate it.

If your band is working, I’d like a chance to come out to a gig and see what’s what. I’ll bring one of my basses with me in case you want to give me a trial by fire. I have functioning gear and dependable transpo. I never ever miss or arrive late to a practice or a gig without giving notice as far in advance as possible, including a text if I’m caught in unexpected traffic. If I don’t show up and you don’t hear from me, it means I’m in the hospital, the county lockup or the morgue.

Looking forward to hearing from you...

Multiple basses, 300W bass amp, 2 vocal mics, effects proceesor. I don't buy really expensive stuff because it spends so much time in bars and cars, but I know how to use it.