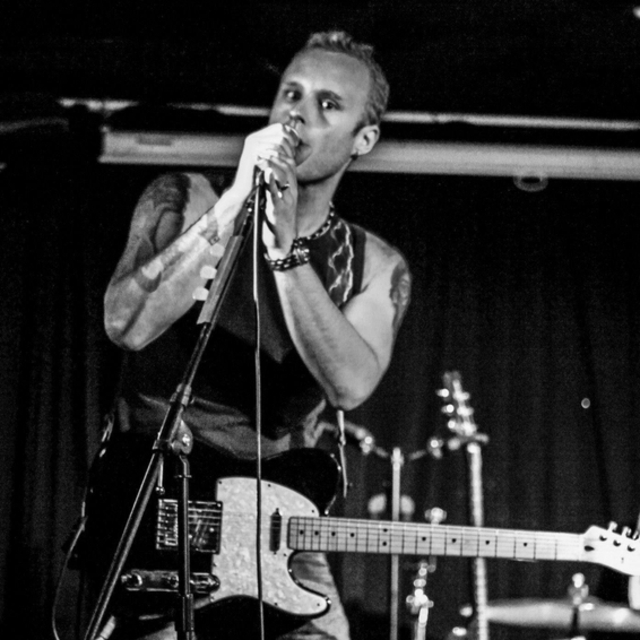 Johnnie Ferro is a singer, guitarist and songwriter who is quickly making a name for himself in the Los Angeles music scene. Years of influence from a variety of genres and sources developed this artist who is easily capable of adapting to multiple styles of music, including alternative, hard rock, blues, country and rap. His first solo album, Cockeyed Optimism, combines his experiences into one coherent record.

The first two singles from the album, “Low” and “Falling,” are already catching the attention of fans across the country as he encases a rock style many acts are missing in today’s watered-down musical landscape. The goal of Cockeyed Optimism is to reach an audience that will connect with his lyrics, melodies and musical honesty.

Johnnie also released his first music video, “Shelter“, in the Fall of 2012. This video is already building a national following, and was recently reviewed and featured on the New York City-based website, Artists Run This Planet.

Most recently, Johnnie was featured in Music Connection Magazine as one of 2012&#8242;s Hot 100 Live Unsigned Artists & Bands, and also sang lead vocals on the remake of the Nazareth hit “Hair of the Dog” with original Nazareth guitarist and producer Manny Charlton. The session also featured Walfredo Reyes (Chicago, Lindsey Buckingham) on drums and percussion, and Tim Bogart (Vanilla Fudge) on bass.

Johnnie is currently in the studio recording his latest album, “Yours To See.” This is a much more focused offering, drawing it’s inspiration primarily from Johnnie’s experiences while making his way into and through the Los Angeles music scene. Look for a Summer 2013 release date.

Originally hailing from western New York, Ferro honed his talents playing in local groups such as Reverse Vector and The Phoenix Resistance, a heavy metal band and an alternative rock band, respectively. After finding success in the Buffalo music scene, he made his way west and began collaborating with various artists. Since his arrival in Los Angeles, Ferro played with Deedee O’Malley & Size 7 Hat and Josephine’s Alibi, as guitarist and vocalist. Past venues played by Johnnie include include the Whiskey A-Go-Go, Paladino’s, Molly Malone’s and The House of Blues.