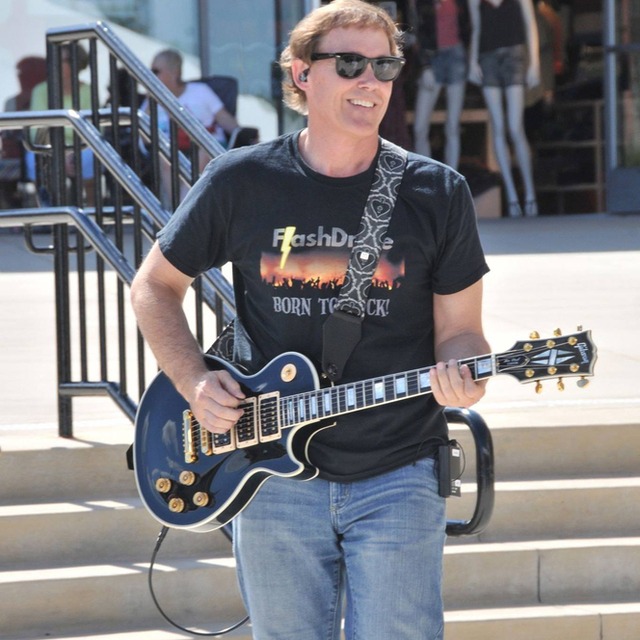 Are you wanting to become a part of something really special? If so read on. If not continue on for whatever you're searching for.

I had the pleasure of building and managing a cover band from the ground up starting in 2013. Along the way, I learned what separates an average garage band from a polished great band. My wife and I are about to relocate to Chattanooga from Chicago so I had to disband my 7-year project named FlashDrive s://./channel/UCPqCaZrCRNZKd9GMDUQZSDg . That cover band was really special. I want to build something really special again in Chattanooga and plan to re-form FlashDrive there.

What am I going to need?
1) A drummer who is as comfortable playing on an e-kit or v-drums as they are playing on an acoustic set.
2) A bass player who can carry the bottom and stay locked in with the drummer.
3) A keyboard player with a double stack (keyboard on bottom, synthesizer on top).
4) Two female vocalists, preferably one alto and one soprano who know how to sing, harmonize, and how to entertain a crowd. Not a lead and a backup vocalist. Rather, two vocalists both capable of and willing to sing melody on some and and harmony on others.
5) An experienced sound guy willing to learn our set lists and songs as well as any musician in the band.

We will practice without sound, meaning every instrument will go straight into a digital board then and into our ears using In Ear Monitors (IEM). Every member will need to have his or her own high-quality, sound isolating IEM earphones (e.g. Shure, Westone, etc.). At least dual driver, but preferably triple driver. You will control your own monitor mix from your smartphone so the sound in your ears is exactly the way you want to hear it regardless of whether you're in the practice space or on a live stage. I have all the rack transmitters and body pack receivers.

For song selection, we forego choosing what we want to play always in favor choosing what our audience wants to hear. Every song needs to be recognizable, achievable, and moves an audience. By "move and audience," I do mean dancing, but also swaying, singing along, hooting and hollering, clapping, head nodding, toe tapping, air guitaring, bringing to tears, hugging, etc. If a song doesn't move an audience, we won't be playing it. We will play songs true to the spirit of the original recording, but it doesn't have to be note-for-note to allow our own creativity to shine.

We will be democratic. All ideas are welcome. When the band is split on a topic, I cast the deciding vote.

If you're in this for the money, then pass. We will get paid, but it's not going to be all about the money. It's going to be about the joy of moving audiences and the camaraderie between the band members. Don't plan on gigging every weekend. A few times a month, maybe increasing in the peak playing seasons is what you can expect.

Last, if you're already involved in multiple projects, then pass on this opportunity. Building something special requires commitment and I'm looking for others who are willing to commit themselves to this project. It's too hard to try and arrange practices and accept bookings when availability is taken away by conflicts from other projects.

So there you have it all spelled out for you. Summarizing, I look for band mates who come 100% prepared to each practice, who have no egos, who are not "head cases," who are musically inclined and instrumentally proficient, who are illegal drug and alcohol averse, and who are non-smokers.

Do you want to be part of the next greatest band in Chattanooga? If so, let's have a conversation. Remember, it's a two way street: you have to be good fit for the project, and the project has to be a good fit for you.