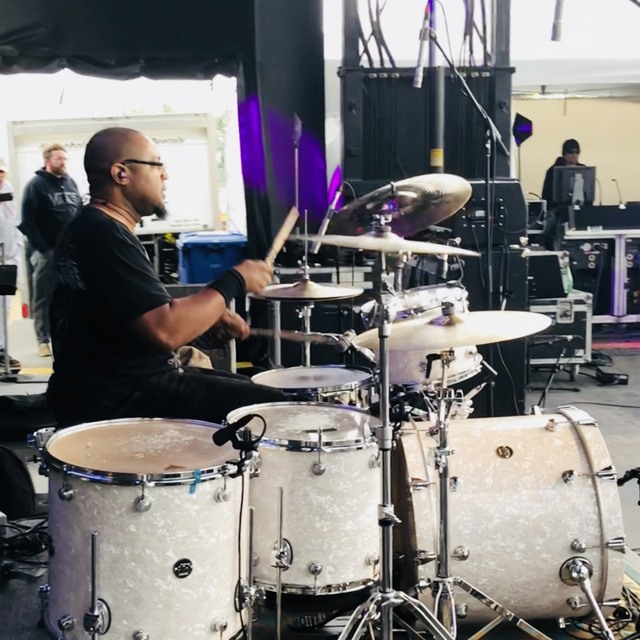 Working alongside such diverse artists allowed him to expand into a very versatile musician. He further pursued his love for music by teaching himself to play guitar, bass and to compose and produce music.

Currently, you can find him involved in remixing, making beats, scoring and producing projects as well as being hired out as a drummer for various projects.

Also, he continues to compose and produce music for several music library companies. His compositions are in these genres of music: Rock, Alternative, Hip Hop, Dance, Pop, Indie, R&B and EDM.

* Available for hire for live, studio and as a sub or fill in gigs.

* Very creative and easy to work with.

I have SO many... I love and have played most genres of music from Rock and R&B to Electronic and Theater music. If it's good music I about it! Also, I love Beatmakers, Producers and good songwriters.