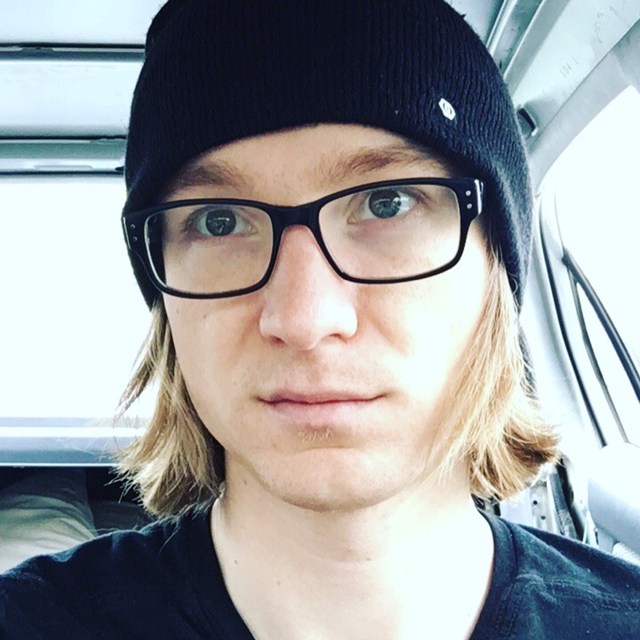 I take music serious.. it has to be serious if you want to make it a job, sure playing might be easy or writing, it's the fact of doing and recording something that sounds good, Well committed to writing good music of most ranges, like to say origional and avoid covers..but we all have to learn instrument on some songs, mostly to avoid that trap of becoming a sound that's been done before, maybe do covers but unique in origional ways, I never learned music correctly, playing by ear is all I know, been told otherwise but it's true, I couldn't tell you what note or scales I'm in, but finding that funk and that great sound, all that counts.

with my first cd being blink-182 around age 12 my mom took the cd away from me once I opened it and when I got it back the next day, was only the cd with no case :(, then got little heavy to system of the down, that's when I knew I wanted to become a musician, then to darker years of lamb of god, to becoming a teen listening to chiodos, alesana, a day to remember, those were my top favorite bands when I was 12-15, then I smoked pot for the first time at age 15, started listening to mgmt, the white stripes, the raconteurs, all still played same songs growing up but once graduating I became more serious on who I wanted to be, time to time I'll play some music I use to listen to, after traveling coast to coast I played with rage against the machine in 2012 New York, just influences that make me commit so hard on who I want to be, that taste of stage and cheering, you will never want to do anything else again but make awesome music.