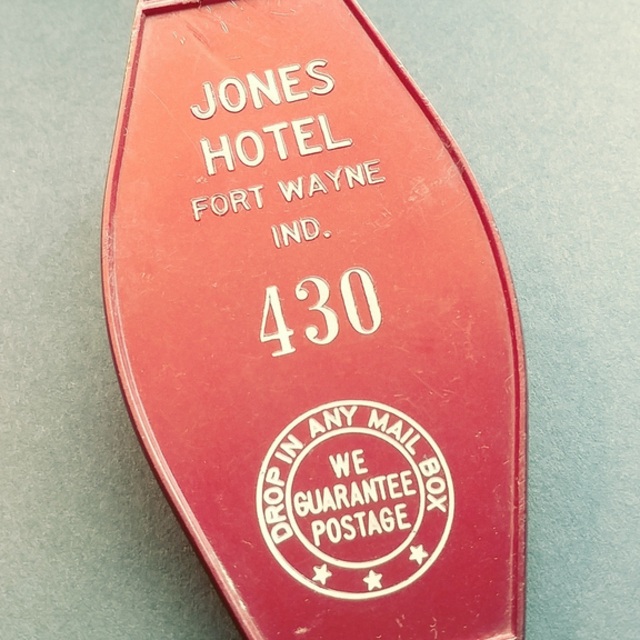 The uploaded songs really don't represent the more current rock and heavy rock-blues style of song writing connected to Jones Hotel and are more concept arrangements instead of straight ahead, guitar driven songs.

The idea for JH was based on the Key Tag (in the image) from a long ago hotel in my home town of Fort Wayne, Indiana.

At this point, I have zero interest in cover music and gravitate toward the creative process, even if it never sees the light of day and I'm okay with that.

It would be great to play with other like minded adult musicians again and find a vocalist for original music. Co-writing would also be interesting and welcomed.

A special mention goes to Jerry, Dave and Joe on some of my earlier material. I'm still writing, arranging and playing too loud, but that's just the way it is.

Having these influences doesn't mean I play, write, arrange or even sound like them, but they all seep into the fabric now and then.

It's all close enough for Rock & Roll !

Like any musician, I have my influences, but no longer play cover music and have no interest in it.

Thank you for being here !