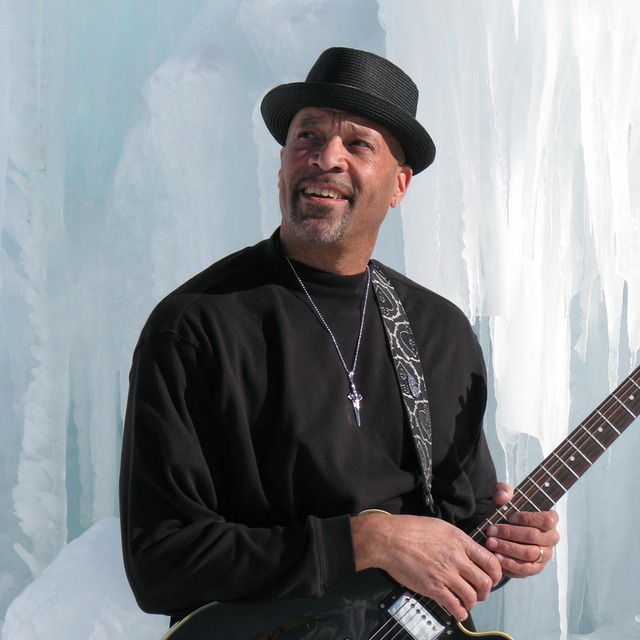 Jon Elliott Henderson Jr. was born in Pittsburgh, PA. on December 06, 1965. His musical influences include many genres like Motown, R&B, Salsa, Jazz, Rock, Country, and Orchestral classics. Jonnie has embarked on many daring pursuits over his life time, such as professional athletics (B.C. Lions of the Canadian Football League 1990 - 1991 and the Oregon Lightning Bolts of the Professional Spring Football League 1992), Skyline High School and Pop Warner Little League Football Offensive Coordinator of the Englewood Pirates, a professional chef (Chef Jon’s Catering), and a professional musician. Jonnie co-founded and wrote most of the music for a Denver band called the Moodswingers. The band played several of Denver's top venues like The Ogden Theater, The Blue Bird Theater, The Buffalo Rose, and many more. They also traveled to perform at other top venues like The Whiskey A Go Go and Roxy in Hollywood, CA. The Moodswingers also engaged in community outreach such as; organizing charity events by collaborating local talent in a joint effort to raise funds and bring awareness to local and national charities like Colorado Special Olympics and UNICEF. For one of the events “The Concert for UNICEF” The Moodswingers were honored to perform the song "Sunshine" by the legendary classic rock band Cream with drummer, Ginger Baker. The Moodswingers also were the opening act for another legendary band Molly Hatchet at the Buffalo Rose in Golden, Colorado. Unfortunately, as bands often do, the journey of the Moodswingers came to an end. In 2003. Following the break up and a slew of personal tragedies in his life, Jonnie decided to answer a long-time inward call: "to use his gifts exclusively for the Lord Jesus Christ". He started a small indie label called Jesus Loves, Entertainment which is now Jesus Loves Enterprises PBC with the purpose of facilitating 'God honoring’ entertainment and creative art which benefits the local community. In many Christian communities, being entertained is considered 'catering to the flesh', therefore too much fun! The goal at Jesus Loves, Enterprises PBC is to use the talents and gifts we believe is God given, in ways which honor Him. Jesus Loves, Entertainment started with music and aspires to expand to acting, comedy, and whatever creative arts the Lord has given us to glorify Him which is why the new and current entity is Jesus Loves Enterprises Public Benefit Corporation. At the same time, Jonnie knows that it says in Proverbs 16:9 "We can make our plans, but the Lord determines our steps". So, Jesus Loves Enterprises waits prayerfully for His guidance and provision.
Jonnie has been the worship leader at Calvary Chapel Green Valley Ranch and Sloan’s Lake Community Church in Denver, Colorado, Creative Arts Director for the youth ministry at Colorado Community Church, and Worship Pastor / Creative Arts Director at Crossroads Church of Denver. He is also an itinerant worship leader for churches and ministries in need. Outside of the church, Jonnie performs various fundraiser / benefits, festivals and events as a solo artist, with a ministry called Confluence Ministries (a collaborative mix of like - minded musicians to serve), with his band 66 Books or whomever is called along with. Jonnie’s music consists of some of the songs Jonnie released as singles and some new music from the band 66 books including their renditions of some classic secular covers. In the music, you can expect to hear influence from the eclectic mix put together in the band 66 Books as well as continuing Jonnie’s solo works. You’ll hear the echoes of rock, soul, jazz, blues, folk, and gospel. “My vision is to show the love of Christ by expressing through music, the life lessons God has walked us through”. By this Jonnie believes he is obeying Matthew 28: 20-19 "Go, therefore, and make disciples of people of all the nations, baptizing them in the name of the Father and of the Son and of the Holy Spirit, 20 teaching them to observe all the things I have commanded you. And look! I am with you all the days until the conclusion of the system of things." There are 66 books in the canon of scripture, all testifying of and leading to the greatest expression of the love of the Father through His Son Jesus Christ. The calling of Jonnie Henderson is to share the love of Christ to all who will hear, through the very special gift of music.