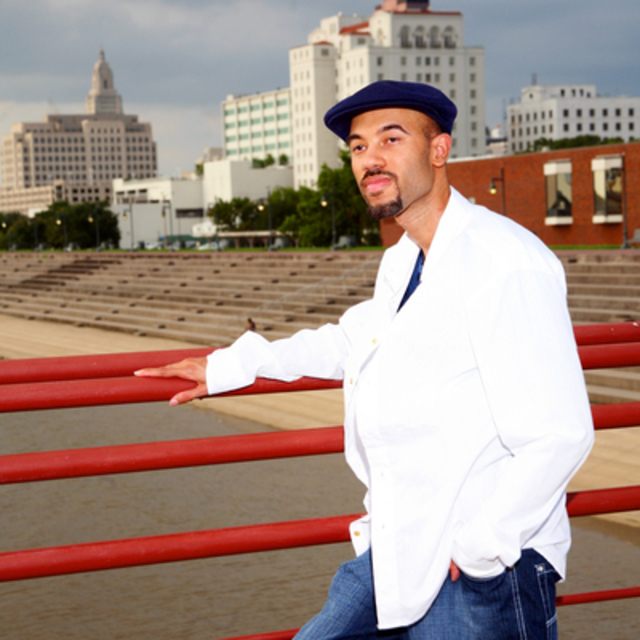 I'm currently looking to start a small band consisting of two keyboardist,bass player,drummer,guitarist an vocalist (female).If anyone is interested in starting something new fresh an exciting give me a call 225-806-2009 or email fiyarecordsmusic at I don't have a premium account so that's the best ways of contacting me.

Louisiana native instrumentalist-producer-engineer Jordan Robertson CEO of F.I.Y.A. (pronounced FI-YA) RECORDS PRODUCTIONS & ORCHESTRATED MUSIC PUBLISHING Co. (ASCAP) member since 2004, born with the natural gift to create music thatâ€™s ORIGINAL and WITH SOULâ€¦.. His music is a style of itâ€™s own that broadens the gap on different genres, Jazz-R&B-Easy Listening and film scoring with dramatic soundtrack. He produced his first album entitled FIYA IN THE SKY at the age of 18 while still a senior in high school the album was released in 2005.â€¦..

His second album STANDING OUT which was also produced and arranged by himself was release in MAY 2010 on digital release by CDBABY, he has a unique and creative talent that allows him to interpret an individual preference by simply talking and getting a feel for the type of song that the person is looking for.
His sound is RAW TALENT!!! Not computer generated exceptionally talented itâ€™s hard to believe that such great sounds and songs come from one person, as he composes each instrument individually on his music work station The Roland Fantom X-6.

His Ultimate goal is to produced an compose music for Films and Television.
Born with an incredible gift to play by ear, he started taking music lessons at the age of ten, to develop and mature the gift he had been givenâ€¦. He credits his versatile style to create different genres to his four years plus study in JAZZ under the direction of Carolyn Shieldsâ€™ M.M. Three years of CLASSICAL PIANO at the LSU School Of Music with Maria Di Cavalcanti of Brazil. A member of the jazz band in high school, his music influences are Herbie Hancock-Chick Corea-Natalie Cole-Carlos Santana.
He has co-produced with local artists and also worked for New Venture Theatre as well as other local talents, a very creative individual who puts his all into the music he creates. By drawing from all sources of talents and the ability he was born with as well as nurtured to bring it to the finished production of a very realistic song.