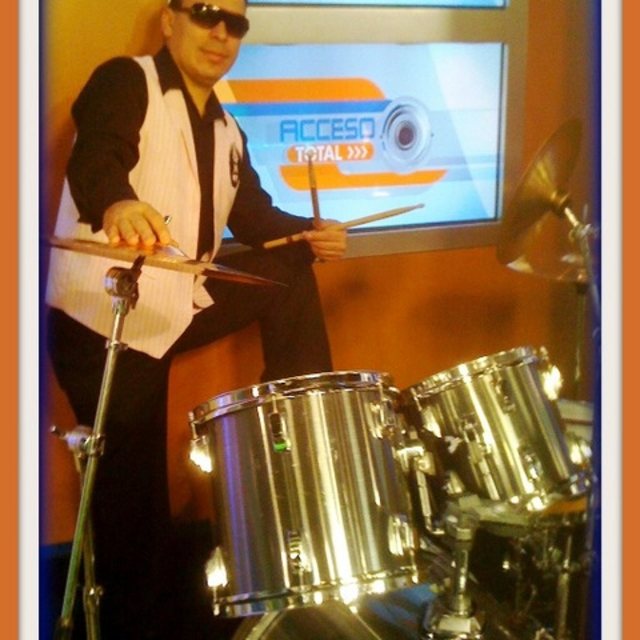 Hello everyone!!!
This is Jorge LA BALA Zavala, drummer and percussionist from Morelia, Michoacán, México. December 23, 1976.
I was born and raised musically as part of my uncle's family band, and begun playing drums at age 8. Since I was so young at that time, my mom didn't allow me to be officially part of the band, until I reached 10; since then I've been an active drummer, studio musician, performer, band leader and tv show drummer / percussionist.

At 10, I attended "Casa de la Cultura" (Music Departament) in my town. At 15, I took lessons with the main timbalist, Of Michoacan's Symphonic Orchestra, Salvador 'Chava' Rodríguez. At 17 I moved to Los Angeles and very soon a good opportunity came into my history: From 1995 to 2005 I joined a very Popular Mexican Band from the 80's, Grupo Agua Prieta Band, who had a very famous hit that all Mexicans know: Vestida De Color De Rosa. I traveled the country for 10 years on nationwide succesful tours and I recorded 3 Full CD Records.
On 2005, I got baptized and started playing drums for Jesus Christ, My Savior, at The Four Square Church.
On 2009, I started working for The Lord with one of the most famous bass players of the Mexican music: EL CHIVO Eusebio Cortes (Los Bukis), who baptized me with the nick name LA BALA Zavala just to go phoneticly with my last name, LA BALA (in english: THE BULLET).

Currently, I'm the drummer of the most famous Mexican clowns on the international hispanic TV show: Lagrimita & Costel, which runs from Monday thru Friday , featuring music celebrities, as performers/guests using my drums everyday to perform their songs in the broadcasted show.
Also, I'm the USA drummer of the Mexican comedian Carlos Eduardo Rico, currently hosting the TV show "A Que No Puedes" inviting huge Latin celebrities as guests every day.
I'm the drummer of 2011 and 2012 seasons of show "Tengo Talento, Mucho Talento" ( American Idol, Spanish version ) where TOP Latin comedian lady 'La Chupitos' hosts, also the most popular, sold out singer Jenny Rivera acts as judge in this international TV show.
From 2009 to date, I've been a recognized session drummer for Spanish TV Stations such as: Estrella TV, Univision, Telefutura, Telemundo, Canal 22 and TV Azteca.

With no doubt, for now, LA BALA is the Latin drummer with more TV appearances per month on spanish television channels.