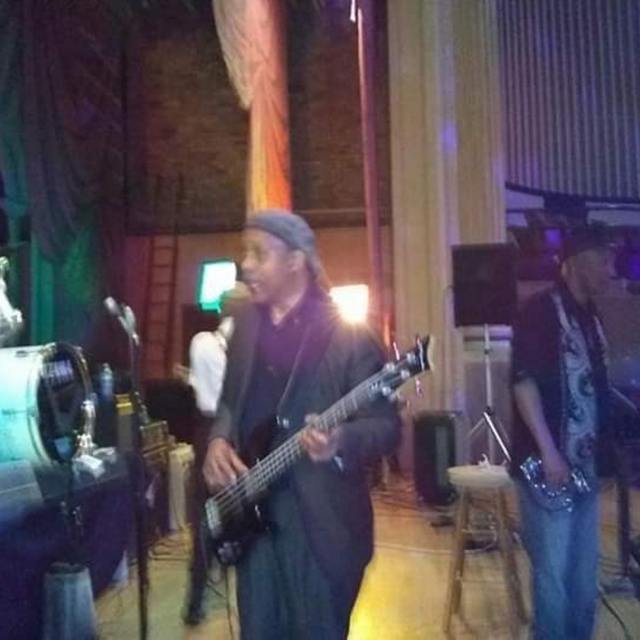 Born in Nebraska in Late 1950s, Joseph Alan fears began a musical Journey at Age 4, he Learned To Play The Guitar , By 5 years Old He Was Playing The Drums, Mostly Learning "Blues Songs .

He Started His Musicial career in 1968, At age 12 Joseph began as a bass guitar player & singer, performing with various well known R&B bands In 1970 joseph performed with a band called "Kool-Sat & the Second Breeze" and recorded There first song "How Does it Feel", although, the song was written by all of the band members-Albert Whitaker(drums) Mythias Wright(guitar & vocals) & Micheal Jackson(organ). - while Living In Kansas.
Back in 1970, Joseph was the first Band Member to join (bmi) copyrighting" HOW DOES IT FEEL" in 1976. In 1978 Joseph Started (JAFF RECORD LABELS USA) And released' Picture of Love" in 1985 “Some Things Never Change" in 1987, “Back Where I Belong" in 1994 “Urban Traffic Jazz" in 1998, “Creations" in 2000, “Himisfears" in 2001, “Layin it on the Line" in 1988, "Flavorizum" in 2000, “The prophet” in 2002, “Lady" in 2003, “Don't Step on my Blues" in 2004, “Zafaja band live featuring Joseph Alan Fears" in 2005. In 2008 he released the cd" Retroperspectives", in 2009 "Never Gonna Fall Again" and “All By Myself" followed in 2010. "Live at Oakdale Park" was released in 2011 and "Tap Out That Jazz" in 2012.
Joseph Alan Fears has also released a new-side cd titled “Notes unspoken" witch hales some super jazzygroove instrumenal songs .
In 2013 Its The R&B/Jazz CD/Project "Zafaja" Featuring Joseph Alan fears" Live At The Blue Goat -It features Several Live recording of Joseph & The Band In Concert Like" The Song"Picture Of Love", "Must Be Something In The Water", "I Told You So", Something's Wrong", And Others. Available Now On Spotify, Itunes, Rhapsody,Amazon,Apple music,BBC Music, And Other Major Music Distributors . Now Today ? Joseph Alan Fears performs Live With His Band"Zafaja". Joseph's Recordings have Been Heard In More Than 20 Countries And In USA. On be, Itunes, Amazon, Spotify, Billboard, or Reverbnation, And Other Major Music Digital Distributors World Wide. The 2015 Albums -"Gettin Better All The Time" & Touchin" First Bass" -The Easy Side Of Me" Introduced Joseph's Neo Jazz & R&B Music watch For" Joseph Alan Fears Live"Album Comming Soon - In 2016 The Smoothjazz Album" titled"IT"S SUNNY (But It"s Still Too Hot) Was Released For Download on itunes,amazon, and spotify. Joseph Alan Fears Can Be Usually Be Seen Every Third Satudaynight Performing At Ad Astra Coffee Shop At The "OPEN JAM" For Bookings Contact JAFF RECORD LABELS USA P.O. BOX 3134 Salina,Kansas 67402-3134 USA Or Just "Google" Joseph Alan Fears… See You At The Next Live Show Or At the Next Open jam In 2019 . and In The Future Just Go To BE To Watch Current Live VideoTaped Performances From ZAFAJA ,To Purchase The Albums Go To Amazon,Spotify,BBCMusic,ITunes,Audiograb,Reverbnation, And Other Digital Music Distributors Websites. In USA & Internationally. PLUS CHECK OUT THE NEW ALBUM RELEASE FROM "JOSEPH ALAN FEARS" - "PICTURE OF LOVE"

Screen name:
joseph1532551
Member since:
May 15 2021
Active over 1 month ago
Level of commitment:
Touring
Years playing music:
50
Gigs played:
Over 100
Tend to practice:
More than 3 times per week
Available to gig:
4-5 nights a week
Most available:
Nights